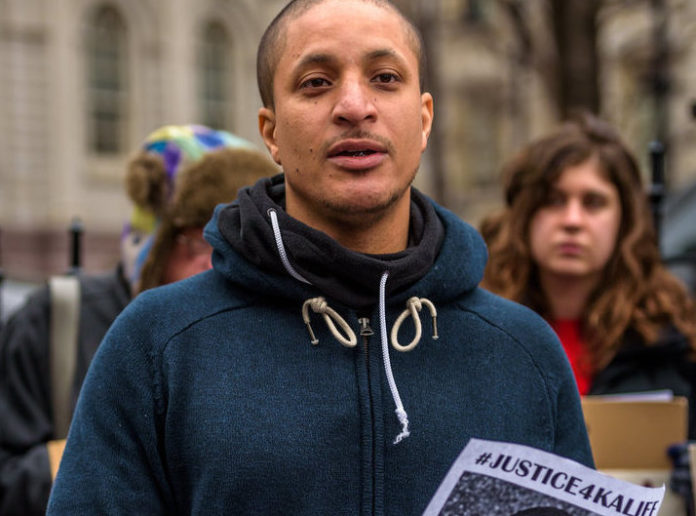 Akeem Browder still grieves over the deaths of both his younger brother Kalief and his mother Venida ― but he is carrying on their legacy and fighting for change by running for mayor of New York City.

Browder confirmed to HuffPost on Monday that he is officially throwing his name into the ring ― along with several other candidates ― and competing against incumbent NYC Mayor Bill De Blasio. Browder, 34, believes he is equipped and more ready than he’ll ever be for the campaign.

“I lost my mother, I lost my brother,” he told HuffPost. “I have nothing left to lose.”

Kalief Browder died by suicide in 2015 at the age of 22 just two years after he was released from Rikers Island. He was jailed there for three years, nearly two of which he spent in solitary confinement, for allegedly stealing a backpack and was both unable to make the $3,000 bail and unwilling to take a plea deal. He experienced brutal beatings from both inmates and guards all of which is documented in stories and interviews of those who spoke to him before his death. Browder’s mother, Venida, who had been one of Kalief’s biggest supporters, passed away in 2016 at the age of 63 from a “broken heart” after suffering from complications of a heart attack.

Now, Browder said he is ready for political office and and running on the Green Party ticket. He said that he plans to be a strong competitor of De Blasio, especially on issues of criminal justice, saying that he disagrees with many of the laws De Blasio has introduced during his time in office. He thinks De Blasio’s 10-year plan to shut down Rikers Island is “lip-service” ― Browder believes the process can be completed in three years instead. As a candidate, Browder said he also takes issue with DeBlasio’s stances on immigration, education and poverty around the city.

“It’s not a personal vendetta why I’m running for mayor but if we’re having someone represent the people, it better be someone who isn’t far removed from the people and better understands the people so they can better their lives,” Browder said. “Do what’s right by the people or get out of office, get out of the way of people who want to try and make a change.”

As mayor, Browder said he plans to prioritize issues of criminal justice, such as identifying better ways to decrease criminalization, increase resources to inmates with mental illnesses and finding more effective ways for re-entry. He also plans to focus on homelessness and better managing the city’s public spending to allocate funds to those most in need.

“I’ve been homeless before,” he said. “We as New Yorkers still criminalize and monopolize the homeless. To me that’s pathetic and I want to make a change, not just with the homeless but those who come from jail. There’s very little thought put into how we appropriate funds for people coming home and re-entering society.”

Browder, who said he is a long-time activist, has been involved in several grassroots political projects. He helped to create the New York chapter for Black Lives Matter and the Shut Down Rikers campaign, and sits on an independent New-York based commission around criminal justice. He also helped to establish the Kalief Browder foundation in his brother’s memory.

Ultimately, it’s Browder life experiences, struggles and successes that he believes make him best-suited to be mayor.

“These candidates are far removed from the problems we face in New York,” he said. “They don’t understand what we go through. It takes someone who has been impacted by the law and justice system and has the info, knowledge and drive to reel it back in and put it back into the right channels.”