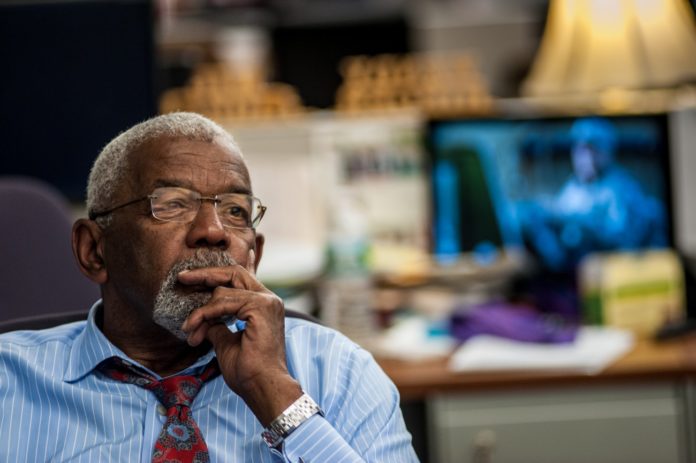 Folks in the DMV continue to mourn the death of beloved news anchor Jim Vance.

The longtime Washington D.C. staple died on July 22 at age 75, just weeks after announcing on air that he had been diagnosed with cancer.

Vance’s last public appearance was in June, for the unveiling of his image on the side of famed DC restaurant Ben’s Chili Bowl.

After three years as a reporter for Channel 4, Mr. Vance ascended to the anchor’s chair in 1972, putting him in the first wave of black news anchors in major news markets. In addition to reading the news, he also delivered pointed commentaries, often on sensitive racial topics.

Mr. Vance sat alongside a revolving cast of co-anchors and was often second or third in the local ratings until he teamed with Doreen Gentzler in 1989. Together, with sportscaster George Michael and meteorologist Bob Ryan, they vaulted Channel 4 to the top of the local ratings and stayed there for more than 25 years.

Vance delivered the DMV’s top-rated newscast and was the region’s longest-serving television news anchor at the time of his cancer announcement.

Below are just some of the tributes and interviews about the D.C. legend that have surfaced from colleagues, family members and more since his passing, along with some of his greatest hits:

First, Vance himself in his last public appearance, giving remarks at the dedication of his mural at Ben’s Chili Bowl last month: