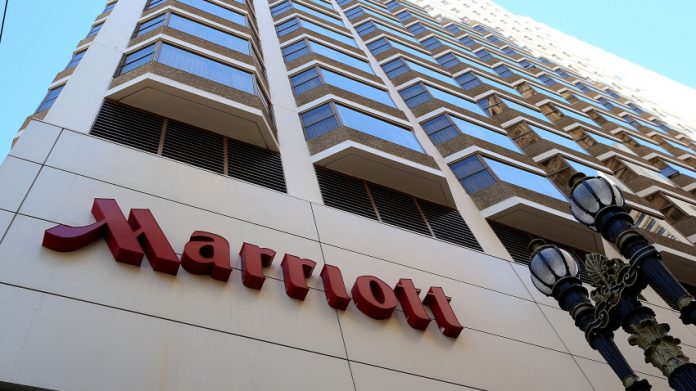 Portland appears to be on the opposite end of inclusivity as the state has had a concerning number of racially discriminating incidents against Black folks in recent years. The incidents have resulted in several lawsuits, one being filed as recently as Monday.

A Black woman named Felicia Gonzales, a former Portland resident, has filed a lawsuit against the Marriott accusing the Residence Inn by Marriott Portland Downtown/Convention Center location of discrimination after forcing her to sign a “no party policy” prior to receiving a room for her five-day stay, a report from The Oregonian said.

Gonzales said she made a 20-hour drive to visit family and upon her arrival at the hotel, she claims she was singled out and forced to sign the two-page policy which was “established to inform all guests of noise limits” and “not to insinuate any distrust in the ‘average’ guest.”

The policy also said, “No hotels want to have parties in them and we don’t want that type of business.” It added that guests are responsible for any missing items from their rooms or damage made to the property by “invited or uninvited person(s).”

Gonzales said that after signing the form, she noticed that white guests were not required to do the same.

She has sued the hotel chain for $300,000 for embarrassment, frustration, humiliation and “feelings of racial stigmatization.” The lawsuit also said that it could be amended to add $1 million in punitive damages, according to The Oregonian.

A spokesperson for the Marriott said they do not comment on pending lawsuits.

In October of 2019, a Black man sued a suburban Portland Apple store after being fired despite being subjected to years of racist behavior from customers, ABC 9 reported at the time. Joshua Holt, who was hired by the company in 2001 and worked at other locations according to his lawsuit, accused his managers of failing to support him after he was vocal about the treatment he was receiving from customers. Holt’s lawsuit said that he was referred to as “boy” and that customers would avoid or ignore him and refer to his white employees for assistance.

The lawsuit went on to say that when Holt shared his encounters with co-workers and management, he was advised to “assume positive intent,” or that he was overreacting or being pessimistic.

Another Portland hotel was accused of discrimination in December of 2018. This time, it was a DoubleTree location. A Black man named Jermaine Massey was kicked out of the DoubleTree Portland because of his clothing and skin color. He was a Black man wearing a hoodie.

Massey was in the lobby of the hotel returning a missed call from his mother when he was approached by a security guard. The guard demanded to know if Massey was a guest. Massey could not recall his room number at the time and despite him having a room key in his hand, he was accused of loitering. The location’s manager subsequently called the police. The officers who arrived at the scene told Massey to check out of the hotel following the escalation of the dispute.

Massey said he was instructed by police to file a complaint with hotel management to avoid being arrested for trespassing.

A week after the incident, the manager and security guard who forced the 34-year-old to leave the location under circumstances glaring with racism were still on payroll.

In a series of contradictory tweets, the hotel chain said that they have “a zero-tolerance stance on discrimination of any kind, and do not tolerate behavior of that nature.” However, they tweeted that same day that “[t]he employees involved have since been placed on leave for the duration of this investigation.”

The manager and security guard were terminated, but only after Massey took to social media to call the location out for his “mistreatment.” Massey’s incident also gained the media’s attention.

The DoubleTree Portland tweeted following the firing of the two employees, “We have terminated the employment of the two men involved in the mistreatment of Mr. Massey. Their actions were inconsistent with our standards & values. We reiterate our sincere apology for what he endured & will work with diversity experts to ensure this never happens again.”

These incidents are just a few of the many documented racist incidents to occur in Portland. It’s clear that the city has a major issue with race relations that is going unaddressed. With that said, it just might be time to cancel Portland.