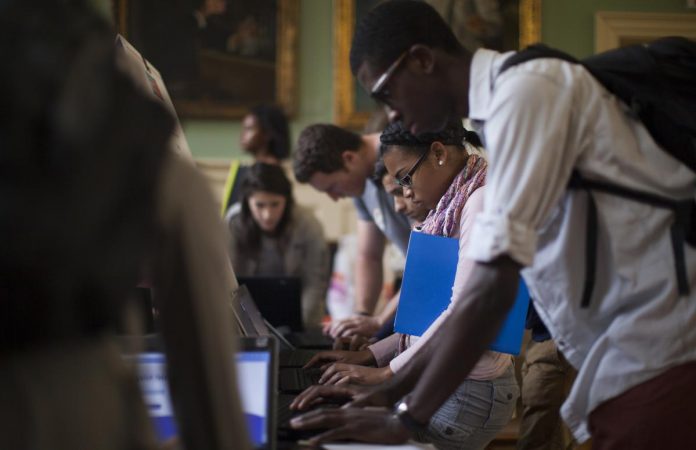 As Democrats attempt to devise a strategy to win Black voters before the midterm elections, the party has to deal with waning support among millennials. Though overall backing for the party has dropped in the last two years, white millennials have turned away in droves compared to other races, a new Reuterspoll revealed.

More than 16,000 registered voters, whose ages ranged from 18 to 34, were polled during the first three months of this year and 2016. The surveyed millennials had previously supported Democrats, but their support dropped by about 9 percentage points to 46 percent during the last two years.

Although nearly two of three young voters polled said they do not like Republican President Donald Trump, their distaste for him does not necessarily extend to all Republicans or translate directly into votes for Democratic congressional candidates.

That presents a potential problem for Democrats, who have come to count on millennials as a core constituency and will need all the loyalty they can get to achieve a net gain of 23 seats to capture control of the U.S. House of Representatives in November.

Young voters represent an opportunity and a risk for both parties, said Donald Green, a political science professor at Columbia University in New York City.

“They’re not as wedded to one party,” Green said. “They’re easier to convince than, say, your 50- or 60-year-olds who don’t really change their minds very often.”

Terry Hood, 34, an African-American who works at a Dollar General store in Baton Rouge and took this year’s poll, said he voted for Democrat Hillary Clinton in the 2016 presidential election.

But Hood will consider a Republican for Congress because he believes the party is making it easier to find jobs and he applauds the recent Republican-led tax cut.

“It sounds strange to me to say this about the Republicans, but they’re helping with even the small things,” Hood said. “They’re taking less taxes out of my paycheck. I notice that.”

In an effort to win Congressional seats, the Democratic National Committee launched an “IWillVote” initiative encouraging registered millennials to vote. The party also will post text and social media ads, and party members will send buses to college campuses on election day to take students to the polls.