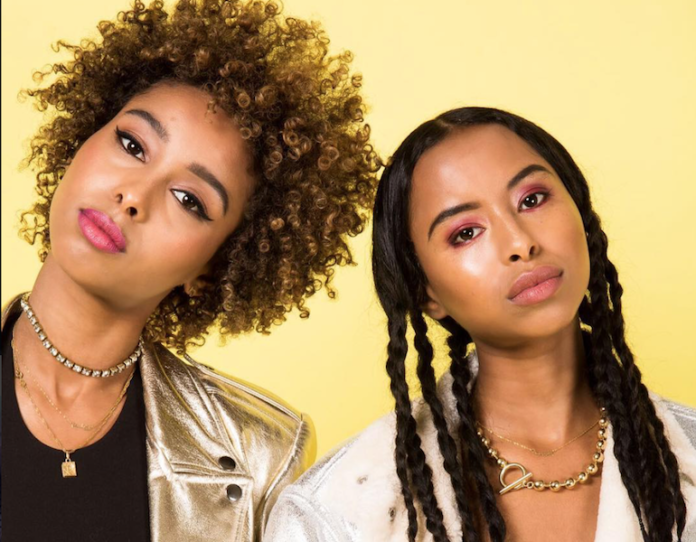 The day Donald Trump announced his first travel ban, affecting entry into the U.S. from seven Muslim-majority countries, Bassel Almadani made a sign that read, “My Syrian father delivered 3,000 U.S. babies,” and headed to the airport.

The frontman of the soul group Bassel & The Supernaturals comes from a family of immigrants and wants to honor his heritage through both protest and performance. He’s one of eight artists participating in a South by Southwest show organized to represent each of the countries affected by Trump’s ban.

“I can’t forget the fact that I’m a product of Syrian immigrants. My family would not be in the same circumstance if this ban was in place when they were making the moves that they needed to in order to be here,” Almadani told The Huffington Post.

The secret is out! We're officially on @SXSW! Honored to represent #Syria in this incredible showcase featuring artists from the 7 nations targeted by the immigration ban. #MusicUnites . ContraBanned: #MusicUnites at SXSW Friday, 3/17 @ Palm Door on Sixth

The lineup was released on March 8, two days after Trump’s revised travel ban was announced.

“Music has always been a medium for celebrating love and unity, but it is also a powerful vehicle for addressing social and political injustice in a way that builds up communities instead of turning them against one another,” the festival’s site reads.

The show was announced shortly after SXSW issued an invitation letter and performance agreement that was criticized as threatening towards immigrants. The festival has since amended its language and issued an apology.

Now, along with a pop duo from Somalia and Canada, three Iranian performers, and artists from  Libya and Iraq, Almadani and his band will play funky soul music from its new album, “Elements,” for attendees in Austin.

“Soul music is effective, when you create that emotional connection to your audience. It creates a personality, especially for an issue that feels so distant for people,” Almadani said. “As someone who was born and raised in the States, and plays a more traditionally American style of music, I feel like I have an ability to have a conversation with a demographic who otherwise maybe isn’t hearing enough of it, or doesn’t have a lot of great resources around this issue.”

While many of Almadani’s songs aim to comment on loss, isolation and recovery more broadly, he’s also written songs directly about his relatives in Syria. His song “Lost” is an ode to his cousin, who was killed by crossfire in Syria.

“That was a really difficult circumstance for me to wrap my head around,” Almadani said. “Especially because I wasn’t there, or able to contribute to anything. It was hard to find a sense of closure or peace through any of it.”

But through his music, he was able to, and he hopes his lyrics resonate with all listeners who have lived through personal loss.

“Because of our story, being former refugees, the entire theme of our EP is an underdog story,” Iman told HuffPost. But the sisters want the whole of their identities ― as immigrants, as women, as emphatic fans of pop greats like Michael Jackson and Whitney Houston ― to be communicated in their songs.

“Our mom was playing pop music since we were born. Michael Jackson was our everything. If we weren’t listening to Somali music, we were listening to pop music,” Siham said.

Although their interest and talent was evident from an early age, the duo was discouraged from pursuing a career in music.

“It really wasn’t a possibility in our minds, because the culture that we come from. We just thought it was something that was never going to happen, it was so out of reach,” Siham said. “We’re the black sheep of the family. We’re the only ones who decided to take the musical, artistic route.”

While Siham and Iman avoid overtly political song lyrics ― the band’s upbeat sound is meant to inspire and unite listeners ― their success has provided them with a platform to discuss their politics, and call attention to issues that matter to them, including the drought that is currently ravaging Somalia.

“Everything that’s going on this country, and everything that’s going on in Somalia, it just ― it’s kind of crazy,” Iman said. “What is really the most important thing, to us as humans? We’re preventing people from coming here, that are in such dire situations. And we’re focused on banning them for reasons that aren’t even real. I feel like it’s our duty and responsibility to always talk about it.”