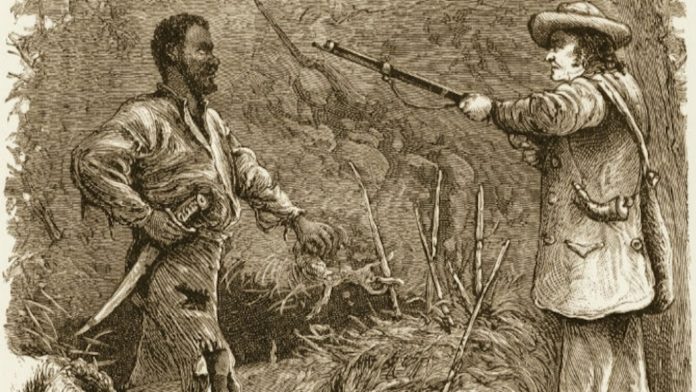 Thanks to Nate Parker’s controversial (and apparently struggling) film The Birth of a Nation, the story of Nat Turner has once again piqued America’s popular imagination.

For those who don’t know, Turner led one of the bloodiest slave rebellions in American history in the year 1831. When it was all said and done, an estimated 55 white men, women and children lay dead.

Retribution against the black community was swift and fierce. More than 200 African Americans in Virginia lost their lives as payback, but Turner was initially able to escape into the woods. After two months on the lam, he was captured, tried and executed by hanging on Nov. 11, 1831, in the town of Jerusalem, now Courtland, Va.

What happened to his remains was a mystery. Until now.

A recent report by National Geographic confirms that Turner descendants Shannon Batton Aguirre and Shelly Lucas Wood, both his great-great-great-great-granddaughters, recently received his skull this weekend from a former mayor of Gary, Ind.—83-year-old Richard Gordon Hatcher—who was the first African-American mayor of the city from 1968 to 1987.

National Geographic reports that Hatcher received the skull from Franklin and Cora Breckinridge, civil rights activists in Elkhart, Ind., who donated the skull to Hatcher in 2002.

The Breckenridges received it from Bob Franklin, also of Elkhart, Ind., who says the skull was passed down in his family for three generations.

Franklin’s grandfather Dr. Albert Gallatin Franklin was a physician in Richmond, Va., who around 1900 received the skull from a female patient who had inherited it from her father—one of the doctors who handled Turner’s body after he was executed, according to National Geographic.

Franklin’s father actually tried to donate it to the Smithsonian, but the museum said it did not accept human remains, and so he gave it to the Breckenridges, who eventually donated it to Mayor Hatcher, who was building a Civil Rights Hall of Fame project.

Aguirre and Wood will give the skull to National Geographic studios, which will conduct DNA tests and age analysis. The Turner descendants will, in turn, provide DNA samples, and if they match, they will take the skull and lay it to rest with those of his other descendants.