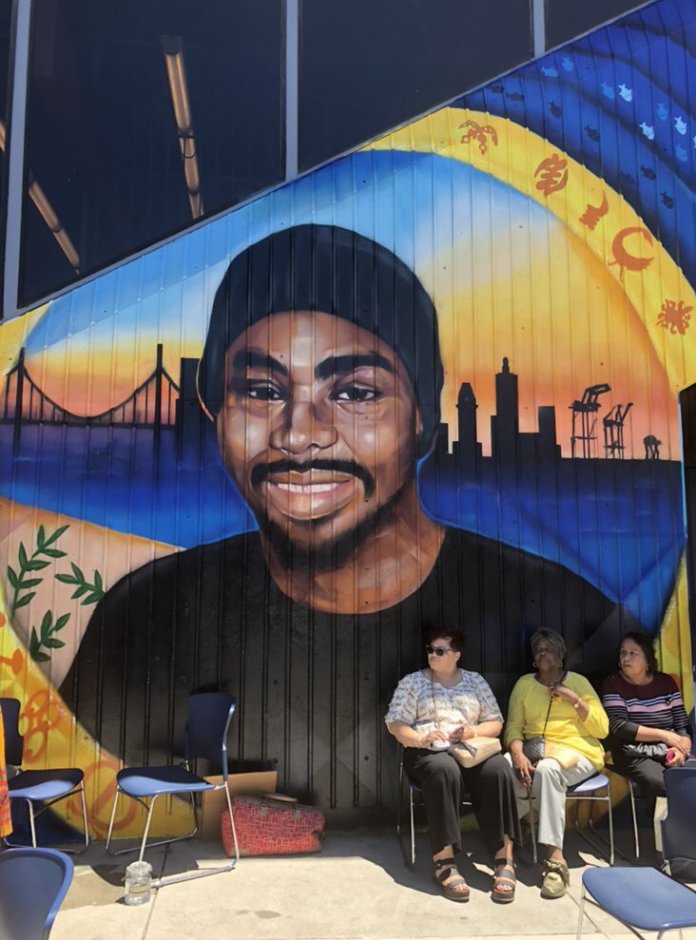 A mural paying homage to Oscar Grant III, a 22-year-old black man who was killed by a white Bay Area Rapid Transit (BART) police officer in 2009, was recently unveiled in Oakland, California.

Grant’s mother, Wanda Johnson, attended the unveiling of the mural on Saturday at the Fruitvale BART station where he was shot, the San Francisco Chronicle reported. She said the artwork meant to her that “Oscar did not die in vain.”REAL LIFE. REAL NEWS. REAL VOICES.Help us tell more of the stories that matter from voices that too often remain unheard.Subscribe Now

In addition to the artistic memorial, a previously unnamed section of roadway near the station has been named Oscar Grant III Way. The BART board of directors voted unanimously in February to name the street after Grant, NBC Bay Area reported.

Former BART police officer Johannes Mehserle fatally shot an unarmed Grant in the back at close range while the young father was lying facedown on the platform at the Fruitvale station in the early morning of Jan. 1, 2009.

Mehserle was sentenced to two years in prison for involuntary manslaughter in the death of Grant, but was released after 11 months, The Los Angeles Times reported.

“Today, 10 years after his death, a mural of Oscar Grant was unveiled at Fruitvale Bart Station,” she wrote. “As we celebrate Oscar’s life and legacy, let us also recommit to reforming our criminal justice system and fighting for a world where black lives truly matter.”