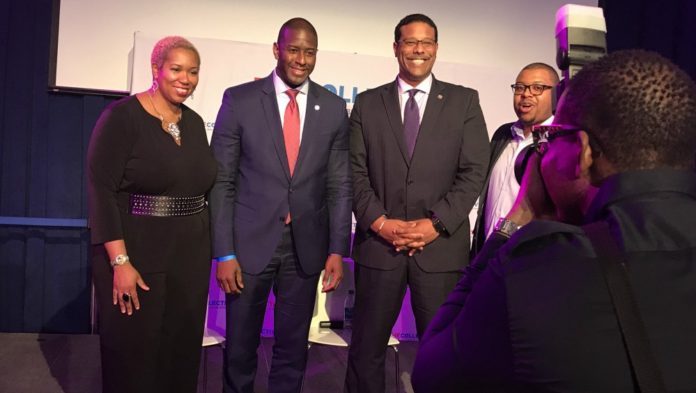 Black power. Everybody says we need it, but what does it take to get it?

In the world of politics, “Black power” means more than just a Black face in a white space. For candidates looking to break into the political arena, it means having the financial independence to speak truth and make changes in their communities, without having to sell their soul for a spot at the top.

PAC’s have been around in American politics since the early 1940s and raise money with the intention of getting candidates to win.

This Tuesday in New York City, Collective PAC held a special invite-only gathering for a select group of Black political candidates and their high level supporters and donors.

James estimates that dozens of attendees at the meeting signaled a success in the group’s organizing strategy.

“One success of today was having so many candidates here at one point in time, to hear each others stories. To see they are in this together. It almost feels like a sorority or fraternity,” said James.

One with definite benefits. Just look at Mayor Randall Woodfin, the 36-year-old Democratic mayor of Birmingham, AL, who was also endorsed by The Collective PAC. His historic election signaled a major change in a city that was clearly ready for fresh political leadership.

This summer The Collective PAC will be heading to Atlanta to host its second annual Black Campaign School, where they’ll train a new cadre of candidates looking to take their shot at getting elected.

Back in New York City, Quentin James, co-founder of The Collective PAC, and one half the dynamic couple who runs the organization, made an announcement that led to a huge round of applause:

An anonymous donor was willing to match up to $25,000 for every dollar donated to The Collective PAC.

“When people donate to your campaign, you owe them. You pick up the phone right away when they call.” said one attendee at the event.  “I want to be owned by the right people.  My people.”