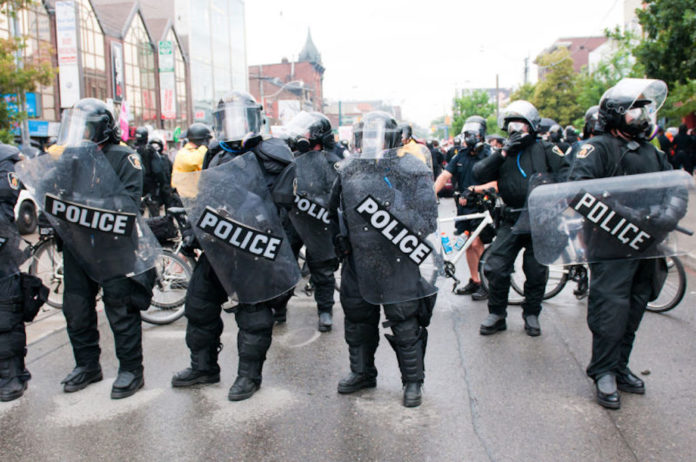 A recent study on police interactions shows what black Americans already know: Police interact in a less respectful manner toward them than they do white Americans. Based on police-camera audio from the Oakland, Calif., Police Department, this evidence is being used to support a change in police training regarding how to teach police to show respect toward all citizens. Give me a break. Police training should really start with an American history lesson on slavery laws.

Why? The uncomfortable truth about the reason there is a cultural chasmbetween the way blacks and whites view the police is that the black experience with the police today is directly related to how the police treated slaves. The view of police by black Americans is rooted in a history that goes beyond the Rodney King tape, released a quarter of a century ago, or the tapes of the shootings of Terence Crutcher, Alton Sterling, Philando Castile or Walter Scott. Harvard professor Stephen Carter has already written about the slave patrols, and the fact that the police system we have today grew out of a community organization of Southern white men who desired to maintain slavery by terrorizing blacks and controlling them with violence.

The historical distrust between the black community and the police goes beyond the origins of the police and how they continued to actively support white supremacy, participating in and condoning lynching during Reconstruction. Past the killing of innocent blacks, there is the immunity police have for their actions. Police are virtually assured that they will not bear any punishment for killing a black man, woman or child, regardless of the circumstances. This security is also rooted in slave laws.

Even if a slave owner or the slave patrol were to kill a black slave or free man, there were many justifications within the law that basically erased the crime. The 1705 Virginia Slave Act declared that it was not murder for a white man to kill a Negro slave, and most Southern states had similar laws until the late 18th century. Justifications for slave homicide included when a slave “forcibly” resisted arrest or resisted any order of any patrol or officer of the law, “in such a manner as to cause reasonable fear of loss of life, or of great bodily harm.” It should be noted that the government does not even keep track of today’s justifiable homicides by police.

At the end of this trip down history lane is the judicial system, which includes jurors who consistently acquit white officers who use the standard defense for the death of black citizens: “I was in fear for my life.” Sound familiar? The similar language of the slave codes and the arrest laws in certain states should cause citizens to pause and consider if our laws support homicides that are in fact unjustified and grounded in racial hostility. While these laws may explain the behavior of police, what explains the consistent outcome of “not guilty” by citizens?

The fact that many whites trust police more and believe that there is anti-police bias in the black community is actually counter to the plain facts of American police conduct. Police have been killing blacks with legal freedom from punishment for over three centuries. When whites learn and accept the truth about the terrorism that has been a large part of police culture, which has bred anti-black bias, we may be closer to improving police training. And perhaps we will be closer to a more complete education of citizens—which could change how we respect one another.