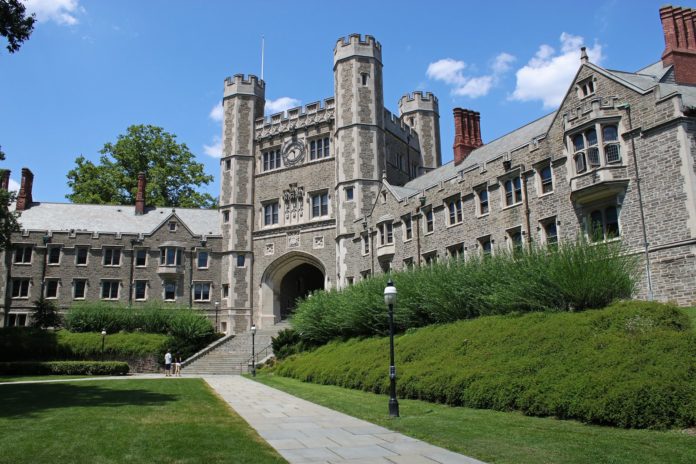 Princeton University is naming two of its buildings after a pair of its distinguished Black scholars.

Effective July 1, West College, one of the oldest and most prominent campus buildings, will be known as Morrison Hall in honor of Nobel Prize-winning author Toni Morrison, who taught at the Ivy League university. Additionally, a major auditorium in the Woodrow Wilson School of Public and International Affairs will be named for Sir Arthur Lewis, a Caribbean-born Nobel laureate, who served on the school’s faculty from 1963 to 1983.

The decision to rename the facilities came from the Princeton University Community’s Committee on Naming, which consulted with members of the campus.

“I am very grateful to the Naming Committee for these excellent recommendations, and I am delighted that Princeton will now be able to honor and commemorate Toni Morrison and Arthur Lewis for their pioneering contributions to this University and to the world,” Princeton University President Christopher L. Eisgruber said in a statement.

“By taking these steps,” he added, “we begin to recognize more completely the extraordinary range of individuals and groups that have made this University what it is today, and to inscribe upon the fabric of our campus a fuller account not only of Princeton’s history, but also of the commitments to both excellence and inclusivity that must guide our aspirations for the future.”

In 1993, Morrison became the first African-American to be awarded the Nobel Prize in Literature, and was described by the Nobel committee as someone “who in novels characterized by visionary force and poetic import, gives life to an essential aspect of American reality.”

The prolific author was knighted in 1963 and won the Nobel Prize in Economics in 1979. The St. Lucia native was the first person of African descent to be appointed a professor in Great Britain’s university system.

In its nomination, the committee said Lewis “is an example of someone who brought distinction and diversity to this campus over many years, but whose accomplishments and impact are not known to succeeding generations of Princetonians.”