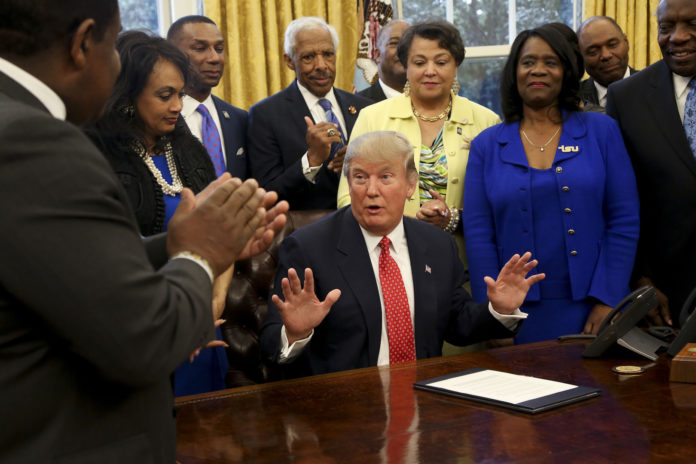 The months following a ceremony that would move the White House Initiative on Historically Black Colleges and Universities from the Education Department to the West Wing have been rife with controversy.

Now, a forthcoming event that has not historically been political is getting caught in the crosshairs, and the Trump administration’s commitment to Black colleges is again being called into question.

Congresswoman Alma Adams of North Carolina and Johnny C. Taylor Jr., president of the Thurgood Marshall College Fund, separately called for the event – the annual conference for HBCUs – to be postponed.

“In this current environment, and with zero progress made on any of their priorities, it would be highly unproductive to ask HBCU presidents to come back to Washington,” Adams said.

UNCF called for the event to be rescheduled until after an executive director of the White House Initiative on HBCUs has been named.

The conference has been hosted under every president since Bill Clinton.

Omarosa Manigault-Newman, assistant to the president and director of communications for the Office of Public Liaison, said the conference would proceed as planned. “President Trump’s commitment to the HBCU community remains strong and unwavering,” she said in a statement.