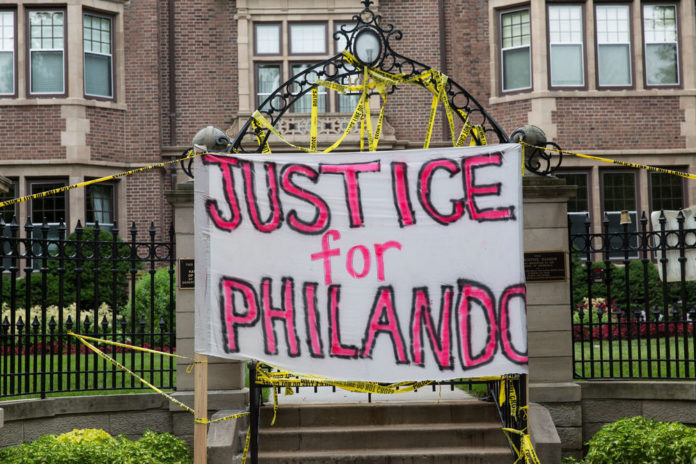 Jury selection began on Tuesday in the trial of a Minnesota police officer charged with fatally shooting a black motorist, an incident that sparked outrage after the driver’s girlfriend broadcast the aftermath widely on social media.

Jeronimo Yanez is facing second-degree manslaughter charges for the shooting death of Philando Castile, 32, who was killed in July 2016 in the St. Paul suburb of Falcon Heights during a traffic stop.

On Tuesday, 50 prospective jurors received a questionnaire to fill out and they will be questioned on Wednesday, court officials said.

The shooting, along with that of a black man by police a day earlier in Baton Rouge, Louisiana, as well as other incidents, fueled public debate in the United States over the use of excessive force by law enforcement against minorities.

Yanez pleaded not guilty to the charges in February. His legal team tried unsuccessfully to have the trial moved away from the Ramsey County District Court in St. Paul, arguing Yanez would be unable to obtain a fair trial due to media coverage.

Starting about 40 seconds after the shooting, Castile’s girlfriend, Diamond Reynolds, streamed images of a bloody Castile on Facebook Live from the vehicle’s passenger seat. The recording quickly went viral on social media.

Yanez said he had reason to pull over the car because Castile looked like a suspect in the recent robbery of a convenience store, court documents said. Castile’s vehicle also had a broken brake light.

After Castile was stopped, Yanez asked him to present his driver’s license and insurance permit. Castile provided Yanez with his insurance permit and disclosed to the officer that he was carrying a firearm.

Yanez told Castile not to reach for his gun and Castile said he would not, before Yanez pulled his weapon and shot Castile seven times, according to court documents.

The exchange took just over a minute. Castile’s permit to carry a gun was later found in his wallet.

Yanez told investigators he feared for his life and believed Castile was reaching for his weapon, the complaint said.

Yanez was not justified in his use of deadly force because Castile showed “absolutely no criminal intent,” Ramsey County Attorney John Choi said when he announced the charges against the officer.