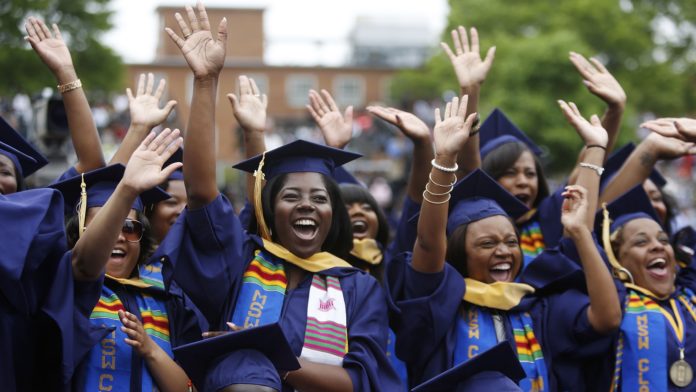 When President Donald Trump met with leaders from historically Black colleges and universities this past February, it sparked a backlash. Some students and alumni criticized the decision of HBCU presidents to meet with a man who paved his way to the White House by making a series of offensive comments about African-Americans and other racial groups.

At Howard University, graffiti turned up criticizing the school’s president, Wayne Frederick, for accepting the meeting.

But at the time, HBCU leaders thought the executive order Trump had signed regarding Black colleges was revolutionary. The order shifted the Initiative on HBCUs from the Department of Education to the White House’s executive office with the goal of making these educational institutions more financially stable and economically empowering for students.

Fast forward to August, however, and not only haven’t HBCUs received any additional funding from the federal government, but Trump also has yet to appoint an executive director for the initiative, casting doubt on his claim earlier this year that supporting HBCUs was an “absolute priority.”

Naming a leader for the initiative is “the next step in saying HBCUs are important,” Dillard University President Walter Kimbrough told Inside Higher Ed. “I look at it as another opportunity to share the message of HBCUs as well as to have someone, in a way, lobbying for HBCUs every day within the federal government. So, I think that’s a tremendous opportunity,” he said.

The initiative dates back to President Jimmy Carter’s administration. During recent years, though, leadership has been spotty. John Sylvanus Wilson led the initiative during President Barack Obama’s first term, but since he vacated the post in 2012 to serve as Morehouse College’s president, three different people have headed the initiative.

According to a White House spokesman, the Trump administration has selected finalists for the position but hasn’t yet chosen an appointee. Leonard Haynes, executive director of the initiative during President George W. Bush’s administration, helped Trump write the executive order on HBCUs but explained that he’s not interested in leading the program again.

While the Trump administration has left many appointments unfilled, it’s particularly worrisome that the Initiative on HBCUs has no leader, since the annual HBCU Week Conference takes place next month. Traditionally, the initiative oversees the event.

Kimbrough said it’s important to have an executive director by September, because of the upcoming conference and also because of Trump’s strained relationship with the African-American community.

Morehouse President Wilson saw the writing on the wall months ago when Trump’s budget did not allocate additional funding to HBCUs.

“I don’t mind saying that we were – a number of us – were disappointed, not because of what we thought on our own leading up to this meeting, but what we were led to think,” Wilson said. “And so I think it was a little underwhelming to see that the most tangible differentiator that happened here was an office relocation.”