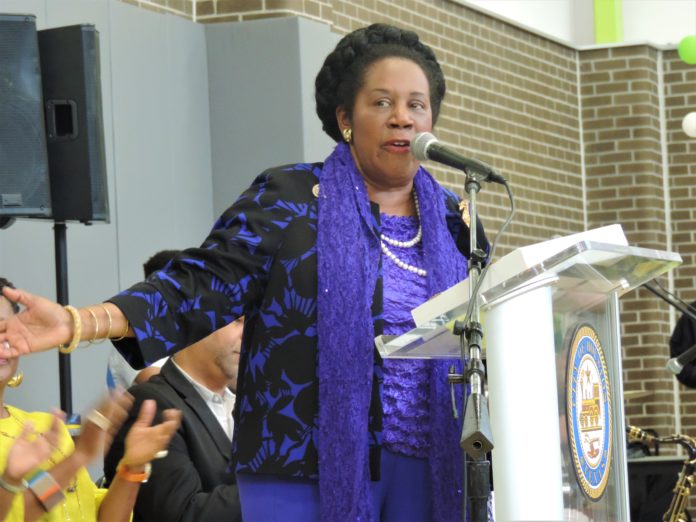 The political fallout following Texas Rep. Sheila Jackson Lee‘s abrupt resignation on Wednesday from two key posts could extend well beyond the Congressional Black Caucus (CBC) and end up having major implications for the Democratic Party.

After finding herself caught in the middle of a scandal surrounding an alleged sexual assault, Lee, a 13-term congresswoman, resigned as the CBC Foundation’s chairwoman and temporarily stepped aside from her House Judiciary subcommittee chairmanship, the New York Times.

Jackson Lee stepped down in part because one of her former interns sued her and the CBC Foundation this month over allegedly being sexually assaulted in 2015 by her male supervisor at the CBC Foundation. The lawsuit claims that the congresswoman fired her in retaliation after the then-intern threatened legal action.

The scandal threatens the political power of Democrats. Jackson Lee’s resignations came about three weeks after Democrats took over leadership of the House of Representatives and the CBC—with a voting bloc of 52 members—reached a level of political power in the House that it never had before.

The congresswoman denied the accusations in the lawsuit. However, if its claims are proven, the #metoo movement could apply enough pressure for Jackson Lee to resign from Congress, temporarily leaving Democratic lawmakers without her reliably liberal vote. Further, the negative attention surrounding the lawsuit could compel Democratic Party leaders to groom a replacement for Jackson Lee under the expectation that voters in the 2020 election — when she is up for re-election — will continue voting out establishment politicians.

After the lawsuit became public, members of the CBC Foundation’s board reportedly told Jackson Lee that they would hold a vote to remove her as chairwoman if she failed to resign voluntarily.

The lawsuit said the anonymous former intern, identified in the legal document as “Jane Doe,” was in the CBC Foundation’s internship program in 2015 while studying as an undergraduate at Howard University.

She was majoring in politics and communications at Howard, according to the suit. The student, who was 19 years old at the time, accepted the internship “because she believed it would assist her in pursuing a career in politics or government relations, based on the program’s prestigious reputation of preparing college students for a career in politics,” the lawsuit said.

The woman alleged her internship coordinator sexually assaulted her during her participation in the program. The suit said she later secured a job in Jackson Lee’s office but was ultimately terminated.

She seeks at least $75,000 and said Jackson Lee’s office and the foundation “unlawfully retaliated” against her after she threatened to sue over her alleged assault.

Fallout for Jackson Lee extends beyond the center of political power in Washington. Liberal advocacy groups, including the National Alliance to End Sexual Violence, also asked her to resign from leadership positions in their organizations, according to the Times.