DefenderNetwork.com
Home NEWS National Workshop teaches Black men how to get out of chokehold 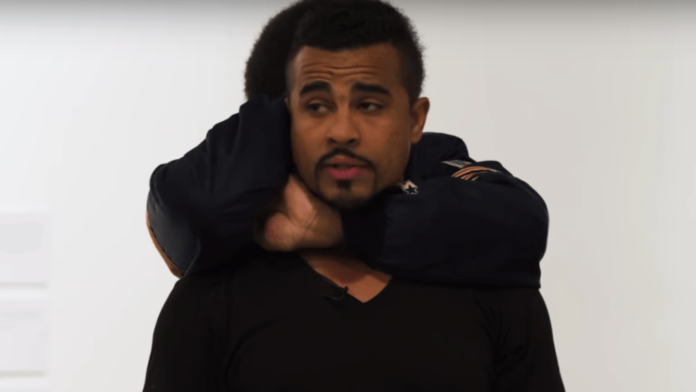 Shaun Leonardo has been teaching public self-defense classes for some time, but last year, he started an unusual, yet opportune workshop called ‘I Can’t Breathe.’

After Eric Garner’s death from a police chokehold, Leonardo decided to show participants how to get out of such potentially lethal holds.

“It really started when Trayvon Martin was killed,” Leonardo explained to Complex. “My wife and I were considering having a kid and I remember looking at Trayvon’s face and realizing that much of what I had buried in terms of fear was all resurging. And I realized that the child I brought into this world would experience much of the same fear I experienced growing up in Queens. How do I cope with that? What can I do?”

For Leonardo, the workshops offer a sense of safety and a way to deal with the anger of the situation we find ourselves in.

In speaking about his workshop, though, he noted that, for people who feel targeted based on their identity, there was some danger as well as a feeling of safety: “For those individuals, these are tools that they can take home with them. However, it comes with the same warning that these techniques can very well lead to more harm because they are considered resisting arrest or they are considered resistance. What they do with that information really is up to everyone in the room.”

Watch a clip of Leonardo’s ‘I Can’t Breathe’ workshop below via Complex: