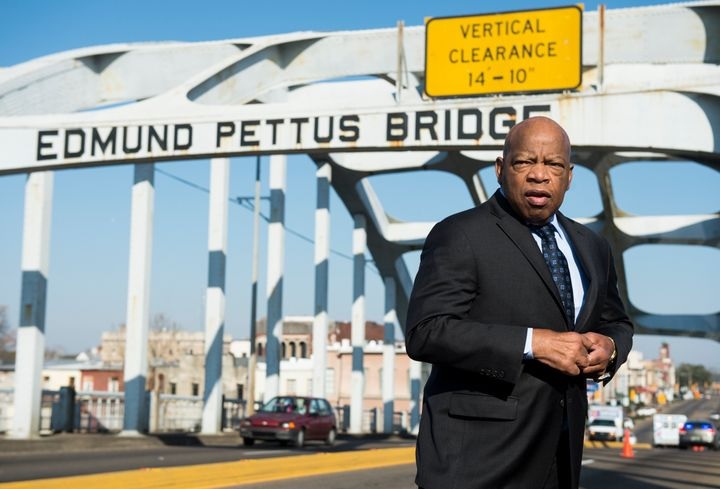 The Edmund Pettus Bridge in Selma, Alabama, is named after a Confederate general and Ku Klux Klan leader.

More than 460,000 signatures appeared as of Sunday on an online petition that calls for putting the name of late Rep. John Lewis on the Selma, Alabama, bridge where police beat civil rights marchers bloody in 1965.

Lewis, who died Friday after a months-long battle with pancreatic cancer, led hundreds of activists across the Edmund Pettus Bridge ― named for a Confederate general and Ku Klux Klan leader ― during a civil rights march on March 7, 1965. Police charged at the marchers, beating them with clubs and firing tear gas at them in an incident that became known as “Bloody Sunday.”

The John Lewis Bridge Project, launched last month, seeks to rename the bridge that crosses the Alabama River after the civil rights icon and to remove “other existing signs of the Confederacy.”

The death of Lewis —a Democrat who represented Georgia’s 5th Congressional District ― further ignited support for it. 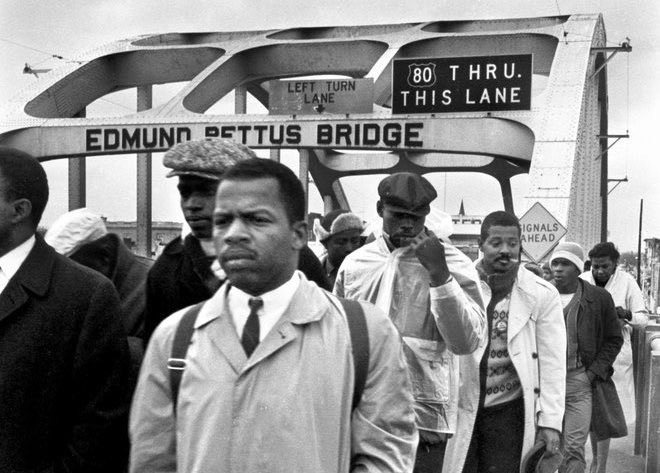 “It’s far past time to rename the Edmund Pettus Bridge after Rep. John Lewis, a civil rights icon that nearly gave his life on that bridge,” Michael Starr Hopkins, a political strategist who created the project, said in a statement.

“Edmund Pettus was a bitter racist, undeserving of the honor bestowed upon him,” Hopkins added. “As we wipe away this country’s long stain of bigotry, we must also wipe away the names of men like Edmund Pettus.”

Several high-profile figures have signed the petition, including Ava DuVernay, who directed the 2014 film “Selma,” an Oscar-nominated historical drama that centered on the civil rights marches in Alabama.

Rep. Jim Clyburn (D-S.C.) echoed the call to rename the bridge in an interview with NBC’s “Meet the Press.”

“I think you ought to take a nice picture of that bridge with Pettus’ name on it, put it in a museum somewhere dedicated to the Confederacy, and then rename that bridge and repaint it, redecorate it: the John R. Lewis Bridge,” Clyburn said.

He added: “Take his name off that bridge and replace it with a good man — John Lewis, the personification of the goodness of America — rather than to honor someone who disrespected individual freedoms.”

Some Selma residents — including civil rights activists — have voiced reluctance about changing the bridge’s name. A resolution to rename the structure in 2015 was defeated in the Alabama House of Representatives, The New York Times reported.

“As a daughter of Selma, I understand the complexities surrounding the renaming of the bridge,” Rep. Terri Sewell (D-Ala.) told the Times. “And while I personally can think of no better name than that of John Lewis, I ultimately believe the Selma community should decide who it is named after.”