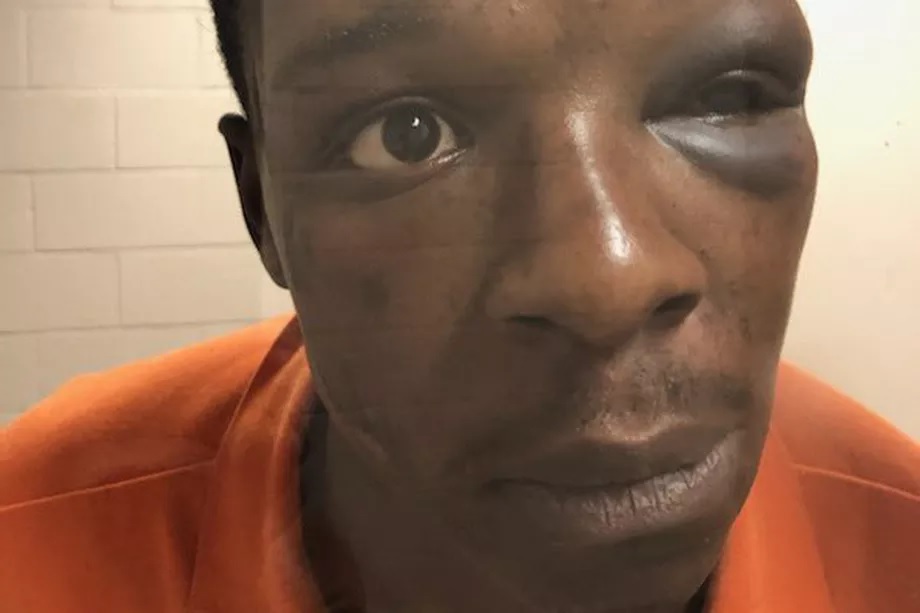 The police officer who was seen on video pressing his weight against a Black Lyft passenger near Atlanta has been terminated.

Deputy Roderick Walker has been fired from the Clayton County Sheriff’s Office following the incident of excessive force. 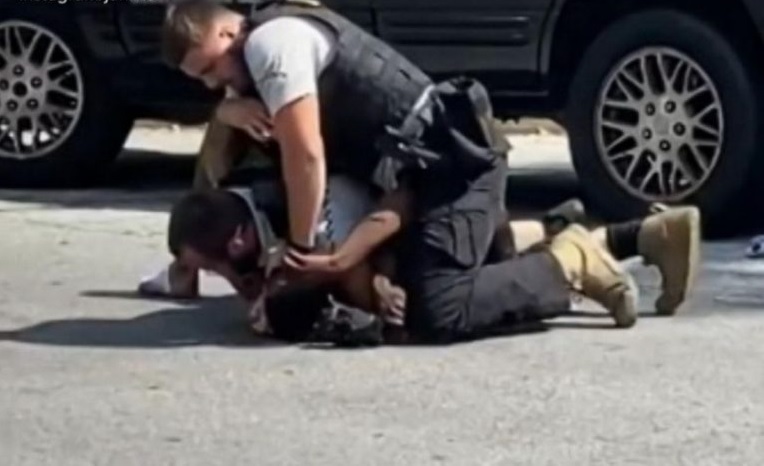 The now viral video shows a helpless Black man pleading with the enforcement to leave him alone, only to be smacked in the face by Walker who was in full uniform.

The man has a swollen eye after receiving several punches. Walker also held his knee to the man’s neck.

The man, his cousin and a third person were passengers in a Lyft that was pulled over in Clayton County, Georgia. The call was pulled over because its tail light was out, TMZ reported

Walker and his colleagues asked for the driver’s license, but the driver did not provide one. Instead, they asked for the licenses of the passengers, even though they had nothing to do with the car.

A fight ensued between Walker, another deputy and the Black man.

“I’m gonna die!” and “I can’t breathe,” a young child who witnessed the Black man on the ground heard him say, according to TMZ.

“After being made aware of a video posted on social media involving a Deputy using physical force on a man, Sheriff Victor Hill ordered his entire Internal Affairs Unit to come in and begin an investigation that has been on going since 8 p.m.,” The Clayton County Sheriff’s Office told TMZ.

“The Sheriff has ordered that the Deputy involved be placed on administrative leave pending the outcome of the investigation.”

The rideshare company tweeted an update, saying … “We’ve been made aware of a disturbing incident in Georgia. While we confirmed this did not happen during a Lyft ride, we unequivocally stand against racism and unnecessary use of force. We are in contact w/ @Georgia_NAACP.”

We’ve been made aware of a disturbing incident in Georgia. While we confirmed this did not happen during a Lyft ride, we unequivocally stand against racism and unnecessary use of force. We are in contact w/ @Georgia_NAACP. https://t.co/CJf3Twqdxx