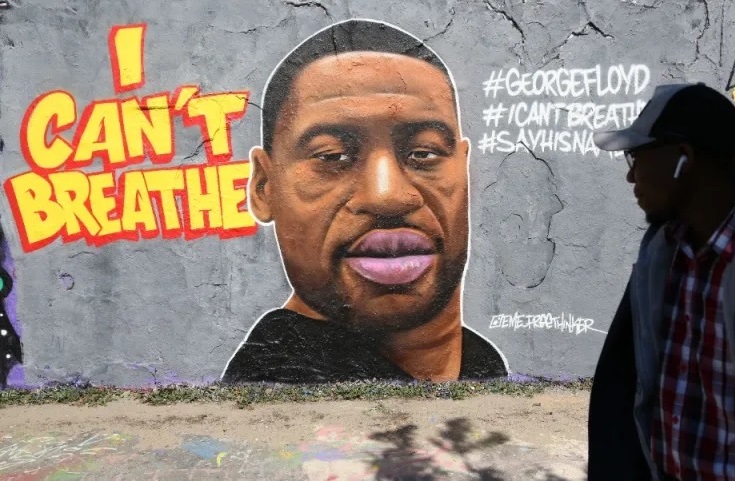 The deaths of Eric Garner and George Floyd have turned the words “I can’t breathe” into an infamous phrase inextricably linked to the issue of excessive force used by police on Black citizens. Both Garner’s and Floyd’s altercations with police were recorded and posted on social media for the world to view, but one question remains: How many of these incidents are happening that aren’t caught on video? According to a new study, the answer is at least 70 over the last decade.

Researchers for a study conducted by the New York Times found that at least 70 people, ages ranging from 19 to 65, died in police custody after saying the words “I can’t breathe.” The study found that more than half of those killed were Black people and that the majority of them were stopped or detained over nonviolent infractions.

Dozens of videos, court documents, autopsies and police reports reviewed in these cases — involving a range of people who died in confrontations with officers on the street, in local jails or in their homes — show a pattern of aggressive tactics that ignored prevailing safety precautions while embracing dubious science that suggested that people pleading for air do not need urgent intervention.

In some of the “I can’t breathe” cases, officers restrained detainees by the neck, hogtied them, Tased them multiple times or covered their heads with mesh hoods designed to prevent spitting or biting. Most frequently, officers pushed them face down on the ground and held them prone with their body weight.

Not all of the cases involved police restraints. Some were deaths that occurred after detainees’ protests that they could not breathe — perhaps because of a medical problem or drug intoxication — were discounted or ignored. Some people pleaded for hours for help before they died.

The study noted that often what leads to suspects choking to death while being detained is police officers’ assumption that they’re lying or exaggerating when they complain that they can’t breathe. The report pointed to an example of this in Montgomery County Jail in Dayton, Ohio, where, in 2018, a sign hung on a bulletin board that read, “If you can talk then you obviously can fucking breathe.” That same jail ended up having to pay a $3.5 million settlement last year over the 2012 death of inmate Robert Richardson, who had been locked up for failing to show up for a child support hearing and died after his complaints of trouble breathing were ignored.

According to the Times, former Milwaukee Police Chief Edward Flynn said in a 2014 deposition that the “If you can talk, you can breathe” idea was once part of officers’ training and persisted as a “common understanding” among cops even after it was found to be wrong.

The study’s findings suggest that in nearly half the cases, the detainees “were already at risk as a result of drug intoxication” and some had underlying health issues, but that really doesn’t matter because, as the study suggests, the issue isn’t just why detainees were having trouble breathing, but how officers responded (or didn’t) when their suspects told them they couldn’t breathe.

Earlier this month, The Root reported on the case of 42-year-old Derrick Scott, a black man who died of a collapsed lung while in police custody. After Scott told his arresting officers, “I can’t breathe,” one of them literally responded, “I don’t care” and another responded by telling him he could “breathe just fine.”

The Root also reported the case of Javier Ambler, a black man who repeatedly told police officers, “I have congestive heart failure. I can’t breathe.” He also died. In Ambler’s case, officers responded by repeatedly using their tasers on him as he struggled and begged them to stop.

From Garner to Floyd to Ambler to Scott to Manuel Ellis, the list goes on and on. Not that the point needs to be driven any harder, but here’s a partial list of victims uncovered by the Times study over the last five years:

In 2015, Calvon Reid died in Coconut Creek, Fla., after officers fired 10 shots at him with a Taser.

In 2016, Fermin Vincent Valenzuela was asphyxiated after police officers in Anaheim, Calif., put him in a neck hold while trying to arrest him. His family won a $13 million jury verdict.

In 2017, Hector Arreola died in Columbus, Ga., after officers forced him to the ground, cuffed his hands behind him and leaned on his back, with one officer brushing off his complaints: “He’s fine,” he said.

In 2018, Cristobal Solano was arrested in Tustin, Calif., and then died after at least seven deputies worked together to subdue him on the floor of a holding cell, some with their knees on his back.

In 2019, Vicente Villela died in an Albuquerque jail after telling guards who were holding him down with their knees that he could not breathe. “Right, because they’re having to hold you down,” one of the guards said.

Then last week, the Police Department in Tucson, Ariz., released video of an encounter on April 21 with Carlos Ingram Lopez, who was naked and behaving erratically when officers forced him to lie face down on the floor of a garage with his hands handcuffed behind his back. Part of the time, Mr. Lopez’s head was covered with a blanket and a hood. He was held down for 12 minutes, crying for air, for water and for his grandmother. Then he, too, died.