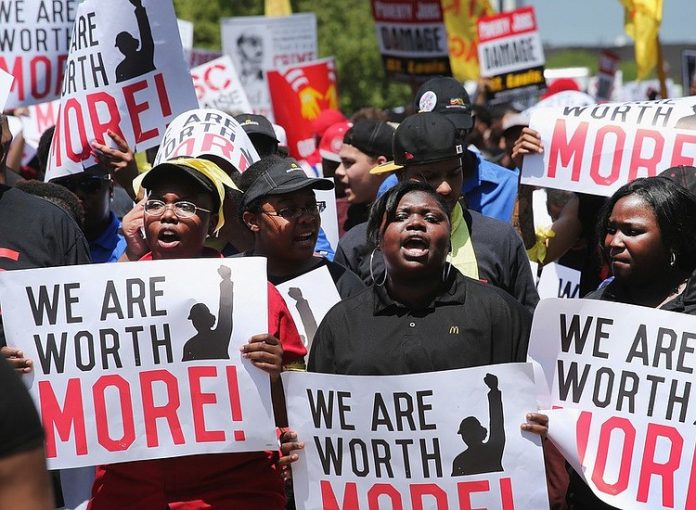 Black and Hispanic women in Houston made less than 50 cents for every dollar made by white men over a three-year span, part of a larger trend of gender wage inequality in the city, according to a new study from the University of Houston.

The statistics come from a report by the university’s Institute for Research on Women, Gender and Sexuality, which analyzed gender, ethnicity, race and sexual orientation as factors in the city’s economy.

“It may not surprise Houstonians to read that many women are poor here; that women and especially women of color make less on average than men and especially White men here; or that LGBTQ Houstonians experience social stigma,” the report read. “But only by naming these problems and discussing them as a community can we move past taking them for granted and toward fixing them.”

In one of the study’s key findings, women’s poverty rate in Harris County was almost 50-percent higher than that of men in 2017.

The study also found that gender disparity in Houston is driven in part by inequality in the oil and gas industry, employer expectations on women employees and a lack of infrastructure to support working parents.

In the oil and gas industry, women represent just 22% of the workforce, a number that decreases with seniority. The effect of this underrepresentation translates to women having less control over these environments and less money to contribute within their community, the study says.

The study also found that the lack of public support for childcare plays a role in employers’ views on women and their lower representation in the work field.

Women are often stuck with childcare responsibilities that prevent them from working full time, which also affects the views of women in the workplace and decreases wages and opportunities for promotions, according to the study.

“Gender and sexuality are major factors in shaping the experience of Harris County residents, often inequitably,” read a statement from IRWGS Director Elizabeth Gregory. “We’ve made some progress in moving toward equitable inclusion of all talented workers in the workforce including women, but there’s far to go.”