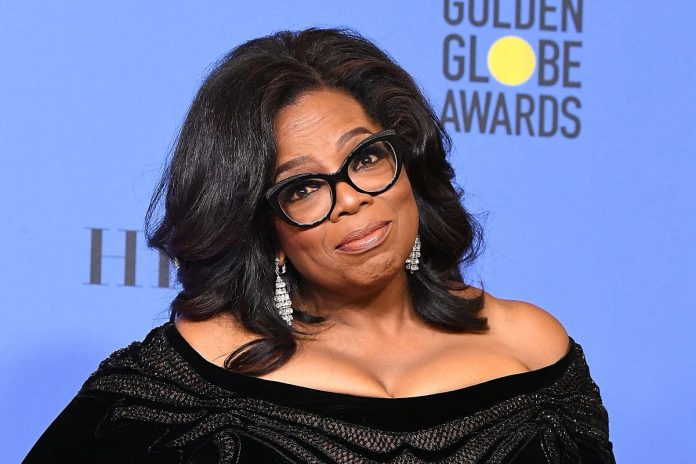 “Billionaire Oprah lectures the rest of us: ‘You still have your whiteness. That’s what the term ‘white privilege’ is. It means that whiteness still gives you an advantage, no matter,’” the senator wrote on Twitter in response to an article from Glenn Beck’s conservative outlet “The Blaze.”

“What utter, racist BS,” he added.

Billionaire Oprah lectures the rest of us:

“You still have your whiteness. That’s what the term ‘white privilege’ is. It means that whiteness still gives you an advantage, no matter.”

His comments come after Winfrey debuted her new interview show on Apple TV+, “The Oprah Conversation.”

“It’s time to bring humanity back to the conversation,” Winfrey tweeted when announcing her new show last month.

During an episode with former NFL linebacker and host of the web sites “Uncomfortable Conversation with a Black Man” Emmanuel Acho, Winfrey discussed racism in America and white privilege.

The 66-year-old host said that white people have a “leg up.”

“There are white people who are not as powerful as the system of white people — the caste system that’s been put in place — but they still, no matter where they are on the rung, or the ladder of success, they still have their whiteness,” she said.

“You still have your whiteness. That’s what the term ‘white privilege’ is. It means that whiteness still gives you an advantage, no matter,” she continued.

Acho called on white parents to help teach their children how to be anti-racist.

“Here’s what I told my friends with their white children,” he began. “I said ‘Y’all live in a white cul-de-sac, in a white neighborhood, in a white city, in a white state. If you were not careful, your children will live their whole white life, and at 26, 27, they’ll end up being a part of the problem, because you just let them and allowed them to live a completely white, sheltered, and cultureless life.”

“CEOs, Fortune 500 companies, execs, ownership. They run America. Not an individual white person, but collective white people,” he continued. “I firmly believe that if the white person is your problem, only the white person can be your solution.”

The episode comes amid a time of national conversation around racial inequality and police brutality following the death of George Floyd, an unarmed Black man who was killed in police custody. A white officer was seen kneeling on his neck for several minutes while Floyd said he could not breathe.

Winfrey recently sought to bring attention to the death of Breonna Taylor, a Black EMT killed by Louisville, Ky., police, by using Taylor’s image on the cover of O magazine. It was the first time someone other than Winfrey has graced the cover.