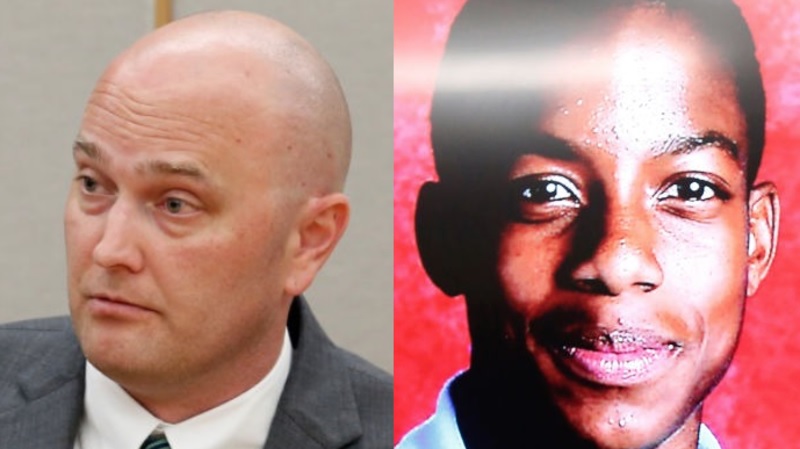 A former Texas police officer jailed two years ago for killing 15-year-old Jordan Edwards had his appeal rejected by a court this week.

According to Vox, Roy Oliver shot and killed Edwards in April 2017 while the teen was in a car trying to leave a house party. Oliver’s partner in the force Tyler Gross refuted the officer’s claims that he shot at the car because he was fearful of his safety.

After reviewing bodycam footage from the night of the shooting and hearing Gross’ testimony, Oliver was convicted of murder in August 2018 and sentenced to 15 years in prison.

But Oliver and his attorneys filed an appeal last year that said mistakes were made in his trial. On Monday, the 5th Court of Appeals in Dallas released their opinion and disagreed with the basis of Oliver’s argument, writing that none of the statements he made on the stand qualified for the “Garrity warning,” protection, according to WFAA.

Dallas News noted that during the trial, prosecutors dropped four aggravated assault charges against him and he was acquitted of two counts of aggravated assault in relation to the crime. He will only have to spend seven-and-a-half years in prison before he is up for parole, according to WFAA.

When he was convicted in 2018, Edwards’ parents noted that the prison sentence was short but that they accepted the jury’s decision. During the trial, family members, friends and siblings spoke about how Edwards was nicknamed “Smiley” and loved sports.

Oliver’s case was notable because he is one of the few police officers to ever be prosecuted and convicted for a shooting on the job. Fox4 reported that Oliver’s conviction was just the second to happen to an on-duty officer since 2005.

“I’m forever grateful that y’all seen [sic] in your hearts to see that it was wrong… and I’m thankful. Because for once, I mean it doesn’t bring Jordan back, but we have some kind of closure,” Edwards’ stepmother Charmaine Edwards said.

Daryl Washington, a lawyer for the family, predicted the appeal would not succeed in an interview with Fox4 last year.

“It’s very painful any time they just hear the name Roy Oliver, that brings nightmares. That brings visions of this entire incident all over again. I feel pretty comfortable from that standpoint that I don’t see anything that’s going to happen that should be reversed,” Washington said.