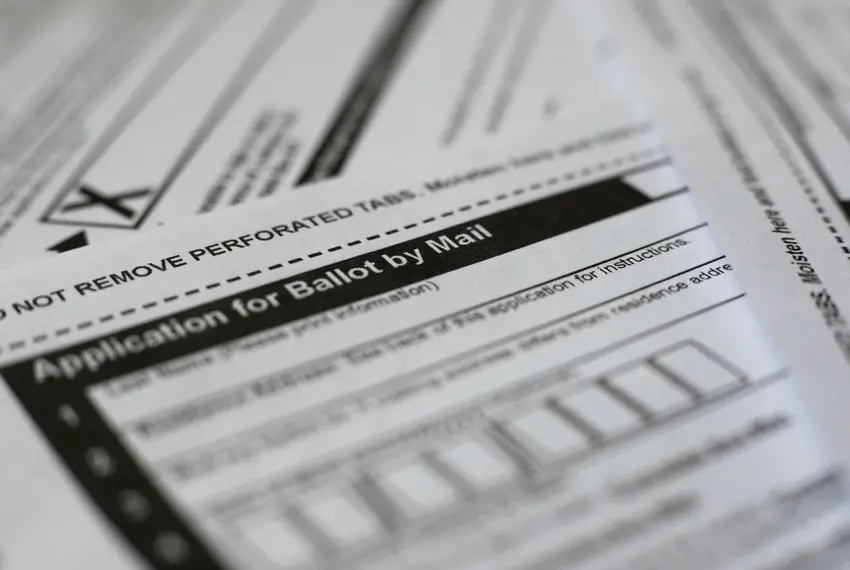 Until now, the fight over voting by mail in Texas during the coronavirus pandemic has focused on which voters are eligible to cast an absentee ballot. Now, the battle has progressed to an argument between the state and its most populous county over who can even receive the form to apply for a mail-in ballot.

In a letter dated Aug. 27, Keith Ingram, director of elections for the Texas secretary of state, told Harris County to “immediately halt” its plans to send every registered voter in the county an application for a mail-in ballot for the general election. Ingram demanded the county drop its plan by Monday to avoid legal action by the Texas attorney general.

Sending out the applications “would be contrary to our office’s guidance on this issue and an abuse of voters’ rights under Texas Election Code Section 31.005,” Ingram wrote, citing a provision of state law that gives the secretary of state’s office power to take such action to “protect the voting rights” of Texans from “abuse” by local officials responsible for administering elections.

Earlier this week, the Harris County Clerk’s office announced it would be sending every registered voter an application for a mail-in ballot for the general election. With more than 2 million residents on the voter rolls, the move to proactively send out applications that voters must otherwise request or find online put Harris in line with an initiative that several states have carried out for primary elections during the coronavirus pandemic.

“Providing more information and resources to voters is a good thing, not a bad thing,” Harris County Clerk Chris Hollins said in response to the state’s letter. “We have already responded to the Secretary of State’s Office offering to discuss the matter with them.”

The effort expands on the county’s decision ahead of the July primary runoffs, when it sent applications to all voters 65 and older — which other counties will be doing for the general election. Hollins previously said he was encouraged by the county’s return rate for the runoffs and indicated the county would build on that effort for the general election to encourage as many eligible voters as possible to vote by mail during the pandemic.

Not all Harris County voters would ultimately qualify. Texas is one of just six states that haven’t opened up mail-in voting to any voter concerned about getting COVID-19 at a polling place. The state’s strict eligibility requirements limit mail-in ballots to voters who are 65 or older, those who will be out of the county during the election period, voters who cite a disability or illness or voters confined in jail but still eligible to vote.

The secretary of state’s office has advised counties seeking to proactively send out applications to limit those mailings to voters who are 65 and older to avoid confusion about eligibility. But there appears to be no state law that specifically prohibits sending out applications to all voters.

On Friday, Harris said the county’s mailing would also include “detailed guidance to inform voters that they may not qualify to vote by mail and to describe who does qualify based on the recent Texas Supreme Court decision.” While the Texas Supreme Court has ruled that a lack of immunity to the new coronavirus alone doesn’t qualify a voter for a mail-in ballot based on disability, a voter can consider it along with their medical history to decide if they meet the requirement. The Texas election code defines disability as a “sickness or physical condition” that prevents a voter from appearing in person without personal assistance or the “likelihood of injuring the voter’s health.”

“Voters will, of course, make their own decisions about if they qualify to vote by mail,” Hollins said.

Though the state has expanded the early voting period for elections held during the pandemic, the confrontation between the secretary of state’s office and Harris County is the latest in the state’s general opposition to altering voting rules or practices during the pandemic. Most of that fight has played out in court, where Texas’ Republican leadership, citing unsubstantiated concerns about widespread fraud, has successfully blocked efforts by state Democrats, civil rights groups and individual voters to expand vote by mail eligibility.

But the letter to Harris County marks the most active involvement in the fight by the secretary of state’s office, which typically limits its footprint to providing guidance to local election officials responsible for carrying out elections on the ground. A spokesperson for the secretary of state did not immediately return a request for comment on other instances in which the office has used this power to intervene in local election practices.