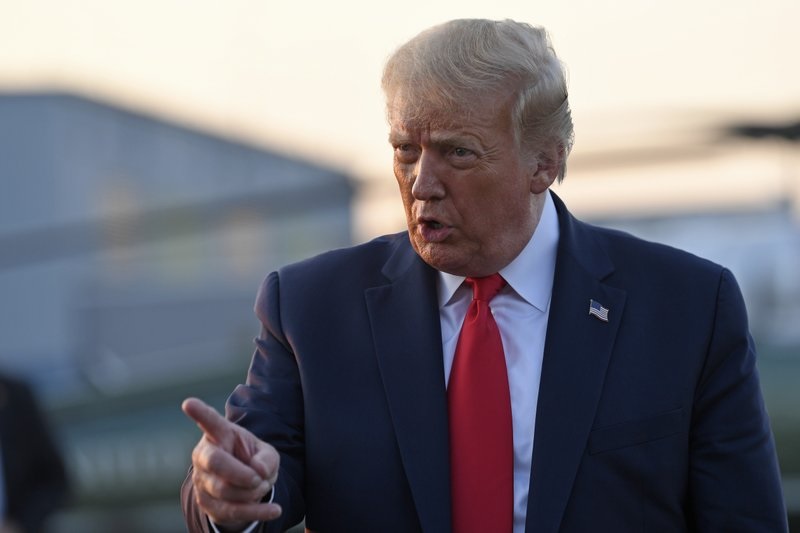 In yet another attempt at voter suppression, President Donald Trump has threatened to send law enforcement to polling places on Election Day.

Trump made the comments in response to a question from Hannity about whether he plans to employ poll watchers on Nov. 3.

Marc E. Elias, a lawyer fighting for Democrats and voting rights replied on Twitter, “Not without a legal fight he won’t!”

BREAKING: Trump tells Hannity that he will send law enforcement to the polls.

Not without a legal fight he won’t!pic.twitter.com/avRoWh5Qfo

The president falsely claimed states had “no idea” who they were sending voting forms to, alleging government officials may send the documents “to all Democrat areas” and not Republican strongholds and claiming people “don’t have to send [voting documents] back until after the election.”

“Nobody’s ever heard of anything like this,” he told Hannity.

Podcaster Jody Hamilton wrote, “He wants to intimidate people. Do. Not. Be. Intimidated.”

According to CNN, earlier this year, a top Trump aide, Justin Clark, said the campaign was looking to recruit 50,000 poll-watchers.

Poll-watching is a common practice, and both parties use it. Observers monitor how ballots are cast, the testing of equipment, and counting procedures — looking for irregularities. They also can challenge the eligibility of individual voters.

However, poll-watching has been used in the past by posting off-duty police officers in Black and Latino neighborhoods in a show of voter intimidation.

The president has no authority to send local law enforcement to monitor elections. Attorney Ned Foley, who specializes in constitutional law wrote on Twitter that the president is barred from sending “armed” agents or “troops” to the polls “unless such force be necessary to repel armed enemies of the United States.”

The penalty includes up to 5 years imprisonment.

Trump’s latest comments leading up to Election Day comes after he’s repeatedly made false and unsubstantiated claims about mail-in voting fraud. This is despite the fact that Trump himself cast his ballot by mail in the state of Florida this week.

The president has a history of pushing theories about voter fraud, which is a consistent Republican talking point despite the fact that evidence shows it is extremely rare.

Ironically, according to NPR, the largest case of such fraud was actually by the hands of a Republican who illegally collected and possibly tampered with ballots in a House race in North Carolina during the 2018 midterm elections.

After his upset win against Hillary Clinton in the 2016 presidential election, Trump falsely claimed that there was voter fraud in an apparent attempt to downplay Clinton’s nearly 3 million more votes. Despite her win in the popular vote, Clinton was unable to secure the presidency due to the Electoral College process.