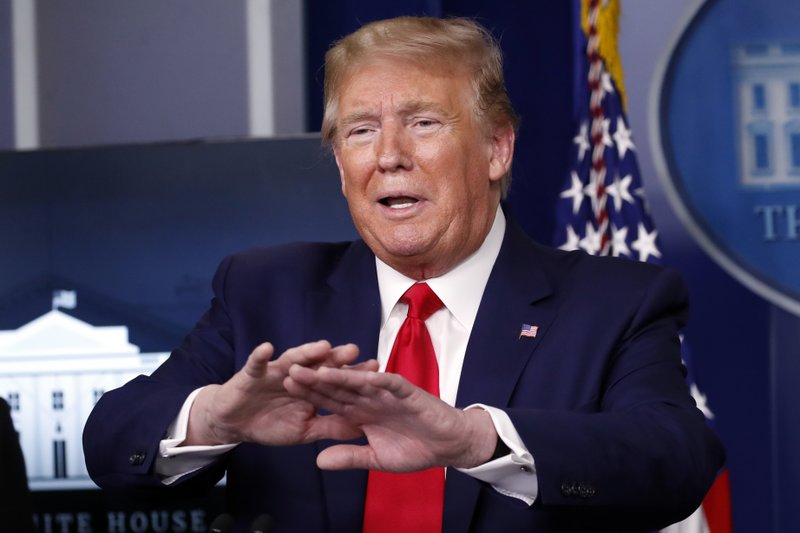 President Donald Trump said Wednesday that he will continue trying to toss out all of the Affordable Care Act, even as some in his administration, including Attorney General William Barr, have privately argued that parts of the law should be preserved amid a pandemic.

“We want to terminate health care under Obamacare,” Trump told reporters Wednesday, the last day for his administration to change its position in a Supreme Court case challenging the law. “Obamacare, we run it really well … But running it great, it’s still lousy health care.”

While the president has said he will preserve some of the Affordable Care Act’s most popular provisions, including guaranteed coverage for preexisting medical conditions, he has not offered a plan to do so, and his administration’s legal position seeks to end all parts of the law, including those provisions.

Democrats, who view the fight over Obamacare as a winning election issue for them, denounced the president’s decision.

House Speaker Nancy Pelosi, D-Calif., said, “the president’s insistence on doubling down on his senseless and cruel argument in court to destroy the ACA and every last one of its benefits and protections is unconscionable, particularly in the middle of a pandemic.”

“Instead of providing leadership and solutions in the midst of a global pandemic in which people are dying, Donald Trump and his administration are threatening access to health coverage for millions of Americans,” said Congresswoman Sheila Jackson Lee. “The Affordable Care Act was a vital step to ensuring health care is a right, not a privilege — Donald Trump will stop at nothing to strip protections from hard working Texans and their families. That’s why we need to elect Joe Biden.”

Trump’s declaration caps months of debate within his administration about the best course of action, in which the stakes have become greater now that the nation’s health-care system is struggling to deal with the spread of COVID-19, the disease caused by the novel coronavirus, which has killed more than 70,000 Americans.

On Monday, Barr attended a meeting of senior officials in which he argued that the administration should temper its opposition to Obamacare, leaving some parts of the law intact, according to people familiar with the discussion who spoke on the condition of anonymity because the conversation was private.

The case before the court was brought by a group of Republican states, and as part of that case, the Trump administration is seeking to invalidate the entire Affordable Care Act, which passed in 2010 and became one of President Barack Obama’s most significant legislative victories.

Barr and others in the administration have argued that killing Obamacare completely could be politically damaging to Republicans in an election year, particularly at a time when there is a national health crisis. In two previous case, the Supreme Court upheld the law, but if the high court were to strike it down, millions of people could find themselves without affordable health care.

The high court plans to hear arguments in the case this year, and a decision may not come until 2021, well after the November election.

The latest ACA suit was organized by Republican attorneys general in Texas and other Republican-led states. When the Trump administration declined to defend the law, a coalition of Democratic-led states entered.

The case began after the Republican-led Congress in 2017, unable to secure the votes to abolish the law, reduced to zero the penalty for a person not buying health insurance. Lawyers for the state of Texas argued that in doing so, Congress had removed the essential tax element that the Supreme Court had previously ruled made the program constitutional.

A district judge in Texas agreed and said the entire law must fall. Eventually the Trump administration agreed with that assessment.