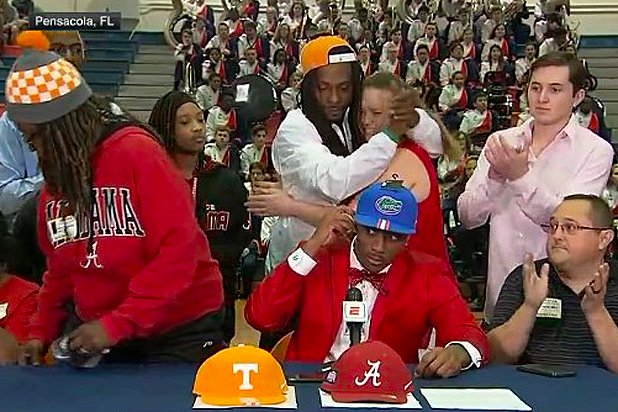 The National Signing Day Ceremony held on Wednesday, Feb.7 was filled with excitement and a touch of drama. Star athlete Jacob Copeland ended up being the story of the day for all the wrong reasons. The four-star recruit chose Florida Gators over Tennessee State and the University of Alabama.

His choice created a terribly awkward moment when his visibly upset mother dressed in a Tennessee hat and Alabama sweater stormed off. Not surprisingly, fans had a lot to say.

But Copeland’s mom did return to give him a hug. She held on to her son for a few moments as he cried in her arms.

The young athlete who showed great composure while announcing his decision put it all behind him and came to his mother’s defense calling it a “hilarious” moment.