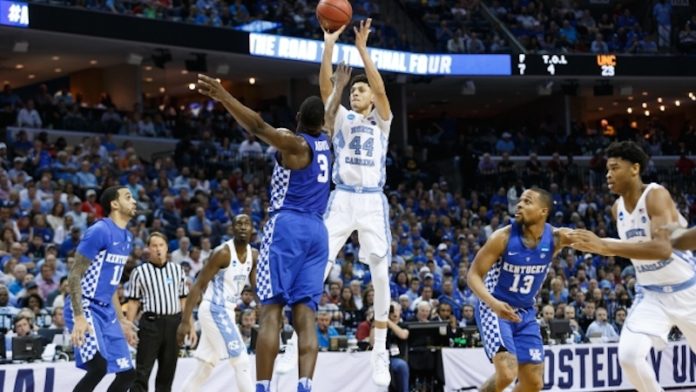 It began with 68 teams two weeks ago, all pursuing the same goal – to become one of the last four teams playing in Phoenix. The field is now set in the sports world’s premiere spring event, the NCAA Men’s Basketball Final Four, which takes place April 1 and 3.

The North Carolina Tar Heels, Oregon Ducks, Gonzaga Bulldogs and South Carolina Gamecocks have all received their invitation to the big dance. Who will be the sole survivor? It’s anyone’s guess at this point. The four teams have defied the odds and they alone will command center stage for all the world to witness on college basketball’s grandest stage.

The first of two semifinal games will feature a pair of schools who have never reached the Final Four – Gonzaga and South Carolina. Hear is a glimpse at all four teams.

Coach Mark Few’s squad finished the season 32-1, once again dominating the West Coast Conference. They entered the tournament as the No. 1 seeded team in the West Region and certainly lived up to the seed.

“The Final Four doesn’t validate or discredit a season,” said junior forward Johnathan Williams. “It’s not an end-all, be-all. Gonzaga has been a great program and we’re just happy to keep carrying the torch.”

Despite being a higher seed Thornwell just wanted the Gamecocks to get their opportunity.

“All I was looking for was a chance,” he said. “Once we got a chance, I thought let’s just see what we can do. Let’s see if we can prove people wrong.”

This year the Ducks finished as the top team in a very competitive PAC 12 conference (33-5). They entered the dance as a No. 3 seed and are now the champions of the Midwest Region.

“I am so happy for our team, our staff, our university,” coach Dana Altman said. “1939 was a long time ago, and I think everybody will be pretty excited about the opportunity to go to Phoenix and play for a national title.”

Altman’s team is known for its explosive offense, but the Duck’s defense has dominated in the NCAA tournament. Center Jordan Bell set the defensive tone throughout the Sweet 16 shutting down the paint and protecting the rim. He was named the region’s MVP.

Because of their experience, most experts believe North Carolina will be the team to beat.