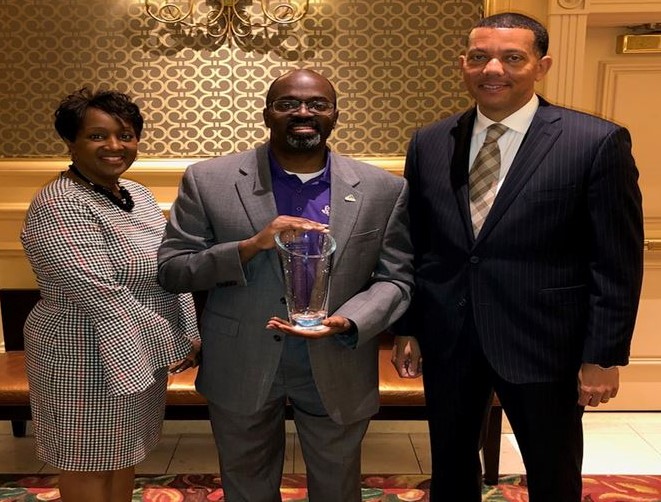 The 2018-2019 school year was a big year for Prairie View A&M University athletics and now they have the hardware to prove it. The Southwestern Athletic Conference recently awarded the Panther athletic department the C.D. Henry Award.

The award is presented to the top men’s athletic program in the SWAC. The award is named for C.D. Henry, former Grambling State chairman of the College of Health, Physical Education and Recreation Department from 1958-74, as well as executive officer and secretary-statistician for the SWAC from 1968-73. Henry became the first African-American assistant commissioner of any conference office when he joined the Big Ten Conference in 1974.

“It has been amazing to watch our students compete and earn this recognition for our program this year,” said Vice President/Director of Athletics Fred Washington.  “We definitely appreciate it anytime our students and our program are recognized for our efforts and I am very excited about what is ahead for our student athletes. Together we are building something special.”