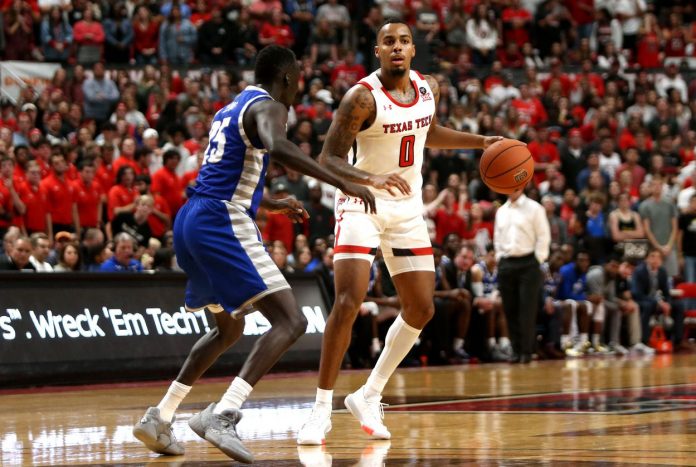 Aspiring student athletes across the nation rejoiced last month when news broke that the NCAA would soon allow athletes to make money from their own names and talent. This means the future Sam Ehlingers of the world — of which there are few — might have the chance to land advertising deals, potentially changing forever what it means to be a student athlete.

In Texas, a state with a large college sports market and devoted fans, the potential for dealmaking could be vast, marketing experts said.

Texas schools have largely stayed silent about the potential impact of a rule change. But experts say most of the big moneymaking opportunities will likely be limited to star football and basketball players like Ehlinger, the popular quarterback for the Texas Longhorns. Still, most other college athletes — whether the lesser-known football players or the stars of less visible teams like soccer, rowing or tennis — might still see some opportunities to make some extra money.

Under current rules, college athletes aren’t allowed to benefit financially from their stature — aside from the scholarships they receive from their schools. If they do accept money, they could lose their eligibility to play in the NCAA.

It will be years before the new rules are decided and put into place, and Texas colleges and universities say they don’t know how they will be affected. But the pending rule changes could open a variety of ways to make money from sports, from teaching at sports camps or in private lessons to landing local advertising deals. And students, for the first time, could sell their autographs, an opportunity that would have allowed Texas A&M football star Johnny Manziel to avoid punishment in 2013, experts say.

The market for Texas athletes

The marketing money going into college sports is already massive. According to the Knight Commission on Intercollegiate Athletics, UT-Austin’s athletics department generated more than $45 million in revenue from corporate sponsorships, advertising and licensing in 2017. At A&M, that number was $19 million. But Lulla said it was unlikely that athletes would compete much with their schools for that money.

Most athletes lack the regional or national notoriety needed to land big contracts, Lulla said, and the NCAA will likely bar athletes from receiving endorsements from companies or institutions that compete with their schools’ deals. An athlete at a school with a Nike apparel contract, for example, probably wouldn’t be allowed to participate in an ad campaign for Adidas, he said.

Copyrights and trademarks on school names and logos could also prevent athletes from wearing their jerseys in advertisements or referencing where they play, Lulla said. Potential ad deals might rely solely on personal name recognition, something few athletes have, especially beyond the borders of their school’s city or state, he said.

The bigger effect, UT-Austin professor and former NFL coach Daron Roberts said, will be seeing “hometown heroes” released from restrictions that prevented them from receiving money for teaching sports camps or private lessons to aspiring athletes.

“No other area of college employment is regulated as strictly as student athletes,” Roberts said. “I teach 400 students a year, and if a nonathlete in my class starts a company and gets funding from a [venture capitalist], the university will instantly praise her and put her on commercial. … But that isn’t the case for athletes. And I think this just gives them an opportunity to start to really operate in that entrepreneurship space.”

Texas’ market is well suited for this because of the popularity of college sports and the high number of Division I schools, Lulla said. It also helps that, in most cases, college athletes might be able to tap into revenue sources that wouldn’t be attractive to pro athletes in the state.

Jay Arnold, a former defensive lineman for A&M, said he still remembers regular meetings to discuss compliance with NCAA rules and even being quizzed on what might qualify as a violation. Nevertheless, Arnold said there were so many rules to combat a seemingly endless list of potential ways an athlete might be accused of profiting off of his or her name that it was hard to keep track.

“It’s a really gray area that you really had to worry about whether you’re crossing a line or not. It is nice for the athletes, now, you know that relieve some of the pressure,” he said. “It’s tough to try to walk that line when it’s not really clearly defined.”

Arnold was a freshman at A&M when Manziel, one of the most famous college athletes in recent memory, was suspended for half a game after an ESPN report that Manziel accepted money to sign 300 football helmets for an autograph broker. His reported windfall: $7,500.

Manziel was caught on video signing the helmets, but the video didn’t show him accepting any cash. Short of proof that he accepted money, Manziel was suspended for half a game. Manziel likely wouldn’t have faced any potential punishment under the rules being formulated, Lulla said.

Proposed rules for each of the NCAA’s three divisions are expected to be submitted in January 2021, with possible implementation likely months or even years later. Because of that, it’s unclear exactly when Texas athletes could begin to, for example, sell an autographed football or sign an advertising deal with a car dealership. Along with that, schools say they don’t know how much leeway they might be given to create their own rules or whether there will be differences among divisions. Now, at least, much is still up in the air.

Across the U.S., though, allowing athletes to profit off of their name, image and likeness has garnered bipartisan support. Just a few days after the California law passed, State Rep. Jeff Leach, R-Plano, tweeted that he plans to work on similar legislation for Texas.

“I’m not sure I’ve ever said this before — but the California Governor absolutely got this one right,” Leach tweeted.

Asked for comment, A&M pointed to a statement its conference, the Southeastern Conference, released. UT-Austin’s athletics department declined to comment, though head football coach Tom Herman said during a press conference last month that he has supported the changes the NCAA proposed making “all along” and that exploring this issue in detail “is a step in the right direction.”

“The action of the NCAA Board of Governors today is a step in the modernization of rules related to opportunities made available to student-athletes,” SEC Commissioner Greg Sankey said in a statement. “We are proud of the support we provide to our student-athletes in the Southeastern Conference and believe it is important, whatever the future may hold, to maintain the elements of the current college athletics system that most effectively benefit student-athletes across the country.”

Division II schools St. Mary’s University in San Antonio and St. Edward’s University in Austin both said they would be engaging with the NCAA and their conference on the issue but did not elaborate.

“Right now, the bottom line is, we don’t know,” St. Mary’s Athletics Director Rob Coleman said in a statement. “There are a lot of uncertainties at this moment, but we do know the landscape is going to change.”

Arnold, the former athlete, said he hopes the rule changes might relieve some of the financial pressure placed on athletes, especially those who are on partial scholarships or receive no aid at all.

“If you have the softball team do an ad for some local company, and that’s distributed to the athletes, maybe that helps pay the bills for the what the scholarship doesn’t cover,” he said. “I think that’s a really cool benefit with this, if this works out like we hope it does.”

And now that the process for a rules change has begun, there’s likely no going back, Lulla and Roberts said. Changing the rules won’t mean student athletes are “going to make a fortune, but at least they can make some money,” Lulla said.