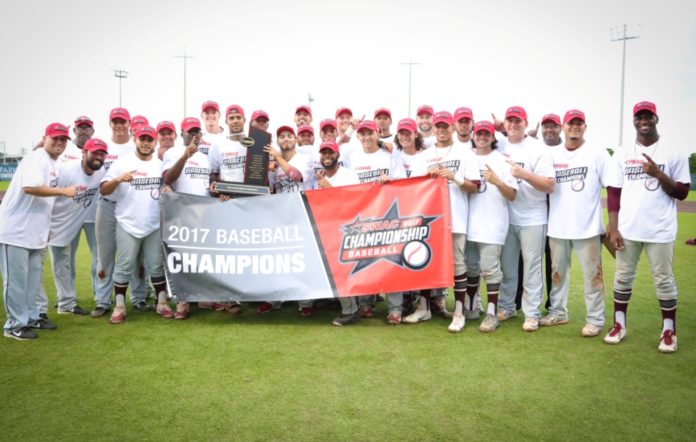 Texas Southern University has dominated the Southwestern Athletic Conference’s spring sports landscape. The Tigers have won the conference championships for men and women in basketball, the women’s championship in golf and most recently the softball and baseball championship.

The significance of the Tigers’ efforts in spring sports is that with the exception of the basketball program, most spring sports athletes are not on full athletic scholarships. They are the embodiment of the term student-athlete.

“To put it in a word I’d have to say ‘remarkable,’ ” McClelland said. “Basketball has a regular season champion and a tournament champion. For the first time in school history we won both championships, male and female – that’s four titles. To follow that up with championships in golf, softball and baseball…it’s been a truly remarkable run.

“When you look at where we were five years ago coming off of NCAA probation, poor APR [academic progress rate], not extremely competitive, it’s truly remarkable looking at what we’ve done,” he said. “The programs are competing at a high level across the board because we have great coaches.”

“I hired coach Robertson when I was at Prairie View and he won their first championship,” McClelland said. “He has come to TSU, inheriting a good program from former coach Candy Robinson and has continued the winning.”

In softball, the Lady Tigers continued their reign of dominance defeating defending champion Alabama State in the finals of the 2017 championship just a few weeks ago. It was coach Worley Barker’s Lady Tigers third SWAC championship in four seasons.

“When I first came to TSU in 2008 the softball program was on NCAA probation, had a post-season ban and had scholarships reduced,” McClelland recalled.

“It was Coach Barker’s first or second year and there was talk of discontinuing the program. Coach totally rebuilt the program and won five West Division titles before finally winning his first conference title.”

Lady Tigers Amber Kuykendall and Jaylen Joseph were each named to the all-conference first team and Hank Stewart was named the SWAC Women’s Golf Coach of the Year.

“It was a special year for coach Stewart and the Lady Tiger golf team,” McClelland said. “After coming in second on the men’s and women’s side for so many years we finally broke through with the championship. The biggest feat is that coach Stewart found five African-American women that were outstanding golfers. Competing in the NCAA Tournament’s toughest region against schools like Cal, Duke and Stanford with five Black female golfers was truly impressive.”

In basketball, coach Mike Davis has been nothing short of amazing. Davis and the Tigers have won five consecutive regular SWAC titles. McClelland is quick to acknowledge the success that women’s coach Johnetta Hayes- Perry has enjoyed.

“Coach Perry has done an outstanding job winning both the regular season and conference title this year, but she has won 2 other regular season titles,” McClelland said. “In addition, she sports a 1000 APR which is a perfect score. Her players do well on the court and are outstanding in the classroom.”