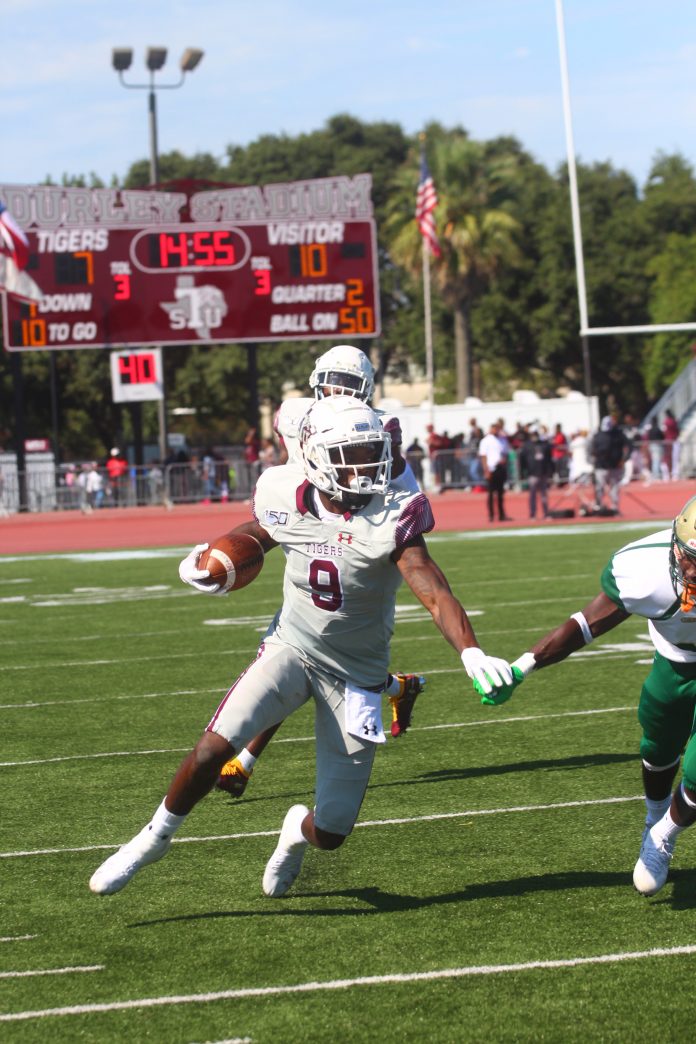 What’s At Stake: This is a season-finale matchup of the two SWAC West bottom teams but both have plenty to play for. The Tigers are looking for their first win of the season in Clarence McKinney’s first year on the job. Arkansas-Pine Bluff meanwhile are on the brink of a rare winning season. A home win in the finale will allow coach Cedric Thomas to deliver on his promise of a first winning season to his nine seniors.

What To Watch For: TSU wide receiver Donnie Corley is the top receiver in the SWAC this season and has a chance to eclipse 1,000 receiving yards in his first year with the Tigers. Over the course of the season, the Tigers have been the most explosive offense in the SWAC. But their problem has been defensively where injuries have taken their toll and forced some offensive players to have to be two-way players. And now they face a Golden Lions team that has the best receiving corp in the conference with their three top receivers Harry Ballard (49 catches, 842 yards, 9 touchdowns), Dejuan Miller (40 catches, 673 yards, 6 touchdowns) and Josh Wilkes (28 catches, 430 yards, 2 touchdowns) all ranking in the Top 10 in the SWAC. The Tigers are last in the SWAC in passing defense, allowing 30 touchdowns through the air and 296.5 yards per game.

The Bottom Line: The Tigers feel like they are a play or two away from that elusive win, but it’s not going to happen in this season-finale. Arkansas-Pine Bluff has far more to play for and have the offensive explosiveness with its receiving corp and senior running back Taeyler Porter, who is averaging 92.2 yards per game.