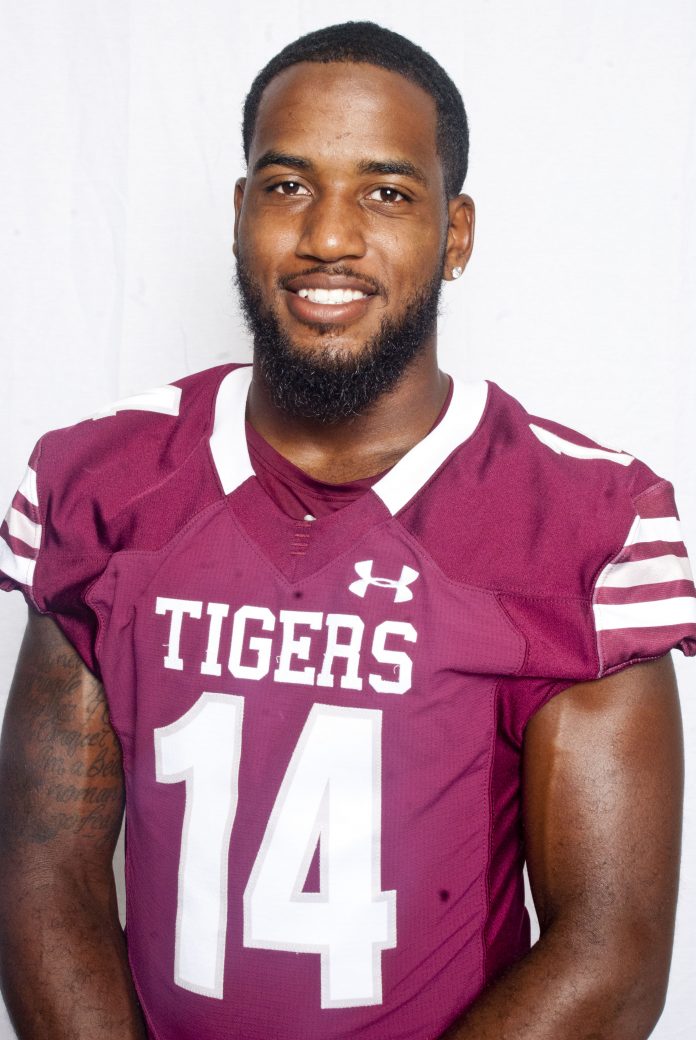 Texas Southern University quarterback DeAndre Johnson would be the first to tell you his collegiate career been nothing like he envisioned.

Johnson, a fifth-year senior and graduate student at TSU, said he has grown immensely since beginning this journey as a highly touted freshman at Florida State to now in his first and only season leading the Tigers. He just wants to make the most of the opportunity.

“It’s been a marathon,” said Johnson, whose collegiate career has spanned five years and four colleges. “It’s just been a matter of continuously growing. The best thing about my college career is that I was able to learn multiple offenses throughout my four to five years of college. So, it was just adding more tools into my arsenal.

“My college career has taught me how to persevere, how to overcome all types of obstacles, no matter if it’s physically, mentally or emotionally. I learned how to stay the course.”

Johnson is ready to pour all of the highs and disappointments he has endured since starting with the Seminoles into his final college opportunity with the Tigers. So far, the results – the Tigers have stumbled off to a 0-4 start – haven’t been what Johnson would have wanted but he seems optimistic that his team will turn it around as they get into SWAC play.

“We still have a fairly young team,” Johnson said. “My team is pretty much filled with transfers,” said Johnson, who transferred into from Florida Atlantic in January. “It takes some time just to get clicking, to get rolling.

“It’s easy to go from camp and practice but to transition to the game it’s a whole new speed and type of chemistry that we have. Right now, we are just now picking that up. I feel like we are heading in the right direction and everything is going to be okay going forward.”

Johnson, who never made it to his freshman season at Florida State due to a bar fight and only played sparingly during his two years under Lane Kiffin at FAU, is going through growing pains on the field but the talent is showing.

He entered the week as the SWAC’s second-leading passer, having thrown for 1,161 yards, seven touchdowns and two interceptions while completing nearly 62 percent of his passes through the first four games.

“He’s doing well. He is one the top quarterbacks in the league, he is leading our team,” said TSU coach Clarence McKinney. “We are excited to have him. I wish I had him for more than one year but he is doing a pretty good job for us.”

Winning aside, the experience so far has been everything Johnson had hoped it would be when he made the decision to leave FAU for an opportunity to get on the field.

“It was all about opportunity,” said Johnson, who was a major subject of the Netflix show “Last Chance U” during his only season at East Mississippi Community College.

“Going forward I felt like this was the right move and my family felt that way. I really liked coach McKinney and his staff and I got to sit down with coach [David] Marsh and his offense and I saw the skilled players coach McKinney was bringing in and I said, ‘Why not?’ This is a whole new culture around here so I just wanted to be a part of this.”

McKinney said Johnson’s past was never an issue.

“We didn’t bring up his past and he did not bring up his past,” McKinney said. “To us this was not a second chance for him, this was another chance. He had already shown at two other universities that he could be model citizen…We are more focused on his future.”