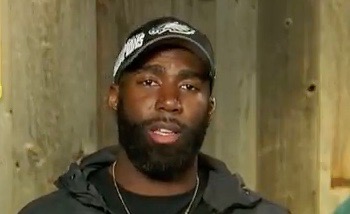 Some players on the Philadelphia Eagles have already made it clear – they won’t be attending the traditional White House reception, saying they oppose the man who currently lives there.

Wide receiver Torrey Smith, who raised his fist on the field to express solidarity with “Black Lives Matter,” expressed his disapproval of Trump’s war against players who take a knee during the national anthem to protest racism.

“They call it the anthem protest,” he added. “We’re not protesting the anthem. It’s a protest during the anthem. I understand why people are mad, or may be offended when someone takes a knee. My father, when he dies, is going to be buried with an American flag draped around his casket, being that he served in the Army.”

“No, I’m not going to the White House. Are you kidding me?” he said during an interview on Pardon My Take Podcast last Sunday.

Running back LeGarrette Blount, who played for the Patriots last year, also skipped at the time, saying, “I just don’t feel welcome into that house. I’m just gonna leave it at that.”

Eagles Safety Malcolm Jenkins told CNN this morning, “I personally do not anticipate attending (a victory event at the White House)”