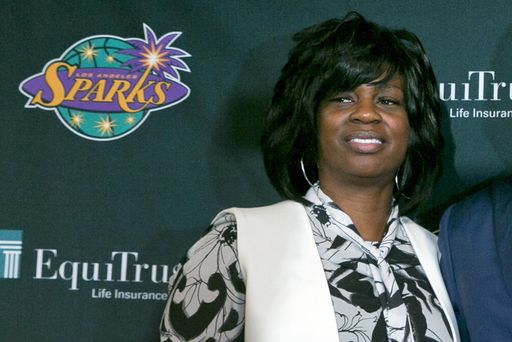 Former Los Angeles Sparks general manager Penny Toler filed a lawsuit against the team on Tuesday, alleging that she was fired for complaining about inappropriate sexual relationships within the organization, including one between the team president and a managing partner, according to Doug Feinberg of the Associated Press.

Toler was fired in October, ending a 20-year tenure with the organization, just one day after reports surfaced that she used “racial epithets” in a postgame speech during the playoffs. The team won three WNBA titles during her time in Los Angeles, and only missed the playoffs twice. She also played three seasons for the Sparks herself, and actually made the first basket in WNBA history.

Toler, per the report, said her firing had to do with retaliation “after raising complaints about the workplace conduct” of former team president Christine Simmons and managing partner and governor Eric Holoman, who she alleges “were engaged in an extra-marital affair” while Simmons served as team president. That, she said, made her job extremely difficult.

It’s not clear who Toler approached about the alleged relationship between Simmons and Holoman, per the report, however she said Simmons still had influence on team decisions even after she left the organization in 2018. Per the Associated Press, there was an incident where Toler was attempting to trade a player away but Holoman stopped her because Simmons and the player were close.

She said she struggled attempting to balance helping “the team to win a championship while stepping on a minefield when I try to speak up when things weren’t right,” via the Associated Press.

“I wasn’t part of the clique,” Toler said, via the Associated Press. “Every day people would have no idea what I went through here working for the Sparks after they were acquired by this ownership.”

Toler alleges Brian Agler had ‘inappropriate relationship’ with a player

Toler also alleged that former Sparks coach Brian Agler — who led the team from 2015-2018 and won a league title before resigning and accepting the top job with the Dallas Wings — would verbally abuse players and wasn’t disciplined for it.

She also claims that he had a sexually inappropriate relationship with an unidentified player, per the report.

Toler said that she asked to have management investigate that relationship and that Holoman told her he would handle it, but that nothing was done. She didn’t hear anything about it again until the WNBA approached her about it in 2019, after Agler had left.

“[Agler’s] sexually predatory conduct caused certain Sparks players to complain that he made then uncomfortable and compelled other Sparks players to leave the team altogether,” Toler said, via the Associated Press.

Toler reportedly used “racial epithets” in a speech to players in the locker room after their loss in Game 2 of their semifinals series against the Connecticut Sun. She later confirmed that she used the slur, but that it wasn’t directed at her players.“By no means did I call my players the ‘N-word,’” Toler said in October. “I’m not saying that I couldn’t have used it in a context. But it wasn’t directed at any of my players.

“It’s unfortunate I used that word. I shouldn’t. Nobody should … But you know, like I said, I’m not here to defend word by word by word what I said. I know some of the words that I’m being accused of are embellished. Did I give a speech that I hoped would get our team going? Yes.

“I think that this whole conversation has been taken out of context because when we lose, emotions are running high and, unfortunately and obviously, some people feel some type of way.”

Several players also accused Toler of calling them “motherf—ers” and threatening to replace them if they were swept by the Sun, which they were.

“It looks like she was singled out and treated differently because she was a woman,” said Toler’s lawyer, Dawn Collins, via the Associated Press. “Coaches speak to their players to get them fired up, many coaches use harsher language and far more controversial language. If the term is not OK, it’s not OK for everyone.”