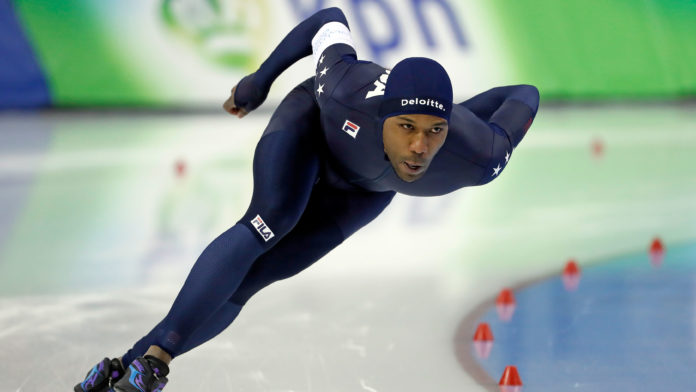 The 2018 Winter Olympics have officially begun in PyeongChang County, South Korea. The games, which air on NBC, feature close to 2,900 athletes, representing 92 nations in 102 events in fifteen sports disciplines.

If you’re inclined to watch any of the competitions and you’re hoping to see people of African descent, focus your attention on events focusing on speed, as in speedskating and bobsledding. Here are athletes to watch:

SHANI DAVIS – When it comes to African-American success in the Winter Olympics, attention immediately turns to Chicagoan Shani Davis. He was the first Black athlete to win a gold medal in an individual event at the Winter Games, winning the speedskating 1000-meter event in 2006 in Turin, Italy. He also captured a silver medal in the 1500-meter event as well.

To show that 2006 was no fluke, Davis repeated his ’06 success in 2010 at the Winter Games in Vancouver, British Columbia, Canada. Davis did not medal in either of the 3 events he competed in in 2014 Games in Sochi, Russia. At 35, Davis has had a remarkable international career. It will be interesting to see if he has enough left in the tank to medal one more time in his fourth Olympic Games.

MAAME BINEY –  A 17-year-old native of Ghana, she is the first Black woman to qualify for a U.S. Olympic speedskating team. Biney came to visit her dad who was living in the U.S. when she was 5. She decided she liked it and stayed. She began figure-skating at 6, but a coach convinced her to switch to speedskating and the rest is history. She’ll compete in the 500 meters.

ERIN JACKSON – She is third African-American to make the U.S. Olympics team for speedskating. A native of Ocala, Fla., Jackson is a three-time Female Athlete of the Year for roller skating and inline skating. Remarkably, she has only been ice skating for four months.

AJA EVANS – Evans, 29, is another former track and field star who has made a smooth transition to winter sports.  Evan, also a Chicagoan, earned a bronze medal in 2014 as a member of the U.S. women’s bobsledding team. After an unsuccessful bid to make the Summer Olympics in Rio (2016) due to injury, she’s looking for gold in the snow on this year’s bobsledding team.

NIGERIAN WOMEN’S BOBSLED TEAM – Another Winter Olympics first features the first competitors from an African nation. Seun Adigun, Ngozi Onwumere and Akuoma Omeoga all have athletic roots that started in track and field.  Omwmuere competed in the All-African games, and Adigun made it to the 2012 Summer Olympics in London, where she competed in the 100-meter hurdles. When they’re not travelling to cold weather destinations to train, all three of the women make their homes right here in Houston. Even though they’re not on the American team, we’ll be cheering