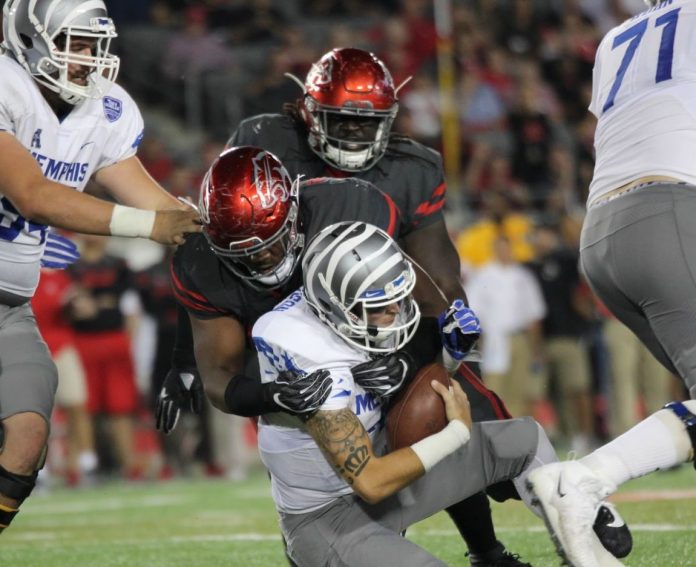 As the University of Houston Cougars prepare for the upcoming 2018 season there is a buzz of optimism about how good this year’s team can be. Heading into his second season as head coach at UH, Major Applewhite is anxious to build on 7-5 record and a disappointing bowl game loss in 2017.

“Obviously, you are judged by your win-loss column, and ultimately, that is what matters,” Applewhite said. “But improvement [is key]. That’s why the whole theme in terms of fall camp is development. We want to develop as a team and, at some point, we will turn our focus to our first opponent.”

The Cougars’ foundation for success is built on junior defensive tackle Ed Oliver, a two-time All-American and 2017 Outland Trophy winner. The former Westfield standout has already attracted the attention of the national media. He was named the top player in the nation by ESPN. He also will grace the cover of Sports Illustrated. Despite the accolades Oliver remains focused on one thing, making the Cougars a winner.

Oliver announced this spring that this would be his final season at UH and he is entering the 2019 NFL draft. He explained why he decided to announce his intention so early.

“I did it more so for the team than me,” he said. “Eliminate distractions so we can focus on games, not on me.”

Any line that features Oliver will be a team strength. The Cougars see both their defensive and offensive lines as pluses on this year’s team.

Expect to see a marked improvement in the Cougars’ offense this season. Briles, one of college football’s great young offensive minds, has been brought in to coordinate the offense.

Former Manvel standout D’Eriq King will start the year at quarterback as opposed to being moved there from his receiver position in the middle of 2017. King is a talented dual threat signal caller who reminds everyone of former Cougar All Conference QB Greg Ward Jr.

Applewhite knew he had something special in King when he moved him to quarterback in the game against No. 17-ranked South Florida last October. The Cougars pulled off an upset win, 28-24.

“Quarterbacks in general have to be tough, they have to be great leaders and they have to be competitive,” Applewhite said. “You have to have those three characteristics no matter how fast you are or how well you can throw the ball.

“If you are tough, a leader and competitive, people can get behind you. You saw that when [King] came in the game at USF. He’s got the respect of our team. They know he is a tough competitor, and they know he is a leader.”

King will have to develop a talented, yet largely inexperienced receiver group in order for the Cougars’ passing attack to soar. Courtney Lark and Keith Corbin return from the 2017 squad. They’ll be joined by Marquez Stevenson, Ja’Kori Morgan, Jeremy Singleton, Julon Williams and Parker Eichenberger.

The Cougars are also largely unproven at running back as well. Expect Baylor transfer Terence Williams, Mulbah Car, Patrick Carr and Kevrin Justice to all compete for carries.

On the defensive side of the ball Jerard Carter, Payton Turner and Isaiah Chamber will have opportunities to make plays on the D-line playing beside Oliver, who demands a double team.

The secondary is loaded with big-time talent and could the best unit in the conference. Former Manvel star Deontay Anderson, an All SEC freshman team performer at safety, has transferred from Ole Miss and should make an immediate impact. Anderson will team with All Conference senior Garret Davis.