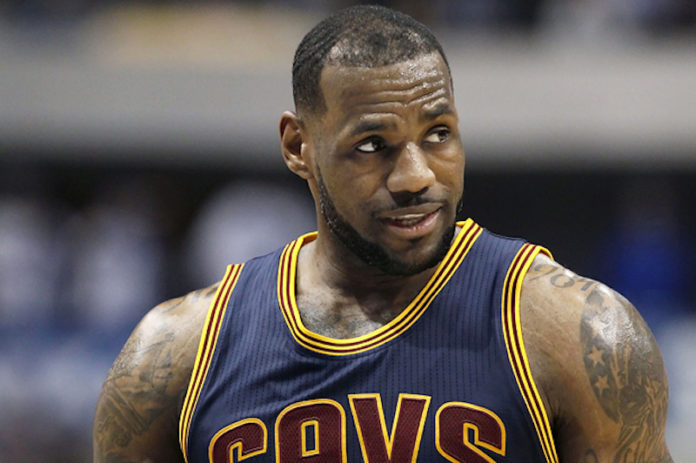 “The NCAA is corrupt. We know that,” he said during a Cavaliers shootout, according to ESPN. “Sorry, it’s going to make headlines, but it’s corrupt.”

He admitted that he wasn’t speaking from his own experience but still insisted that what he sees in college basketball isn’t right.

James said that the colleges benefit from the athletic performances of college players, but not their academic roles, despite giving them a free education, but no salary.

James was drafted to the Cavaliers in 2003 right out of high school, but was touted as the the No. 1 basketball recruit in the country that year, according to 247Sports.com.

“I love watching March Madness. I think that’s incredible. I’m not a fan of how the kids don’t benefit from none of this, so it’s kind of a fine line and I’ve got a couple boys that could be headed in that direction, so there’s going to be some decisions that we as a family have to make,” he continued.

James’ sons, LeBron Jr., 13, and Bryce, 10, are themselves talented youth basketballers, and his oldest had offers from Duke University at age 10, which irritated his father at the time.

“It’s pretty crazy,” James told CBS Detroit. “It should be a violation, you shouldn’t be recruiting 10-year-old kids.”

James says his family will have to make decisions about his sons’ futures as far as them playing college ball.

“But I know as the NBA, we have to figure out a way that we can shore up our farm league, and if kids feel like they don’t want to be a part of that NCAA program, then we have something here for them to be able to jump back on and not have to worry about going overseas all the time.”

James suggested that the NBA’s G League, started in 2001 and now has 26 teams affiliated with pro squads, could operate like the farm system in Major League Baseball or like that of professional sports leagues in other countries.

“Some of those guys get signed at 14, but they get put into this farm system where they’re able to grow and be around other professionals for three or four years” said James. “Then, when they’re ready, they hit the national team, or when they’re ready, they become a pro. So I think us, we have to kind of really figure that out, how we can do that.”