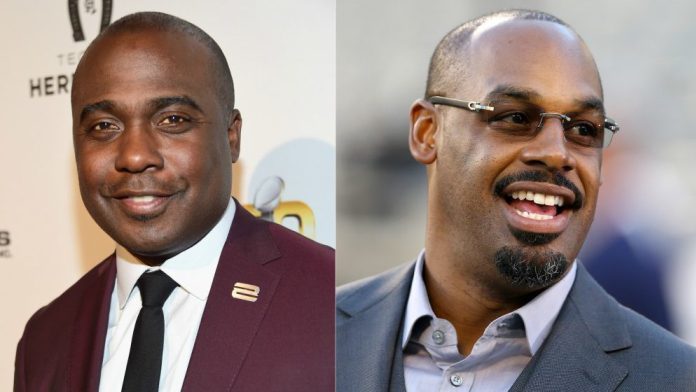 Jami Cantor was a wardrobe stylist for the network in 2016 when she alleges that Faulk invited her to his hotel room and pulled out his genitals in front of her before pinning her to a wall and demanding oral sex.

She also claimed that Faulk would touch her breasts and behind and ask “deeply personal and invasive questions” about her sex life.

She also accused Evans of twice sending her nude photos of himself and of insisting that she should have sex with him.

What’s more, she accused former NFL Network executive Eric Weinberger of sending her “several nude pictures of himself and sexually explicit texts” and telling her that she was “put on earth to pleasure me.” She also accused him of pressing his crotch into her shoulders and asking her to touch it as well as telling her things like she was “making him hard” and she “should be getting f—ed every day.”

Her suit was first filed in October against NFL Enterprises in Los Angeles Superior Court, though she did not name specific people at that time.