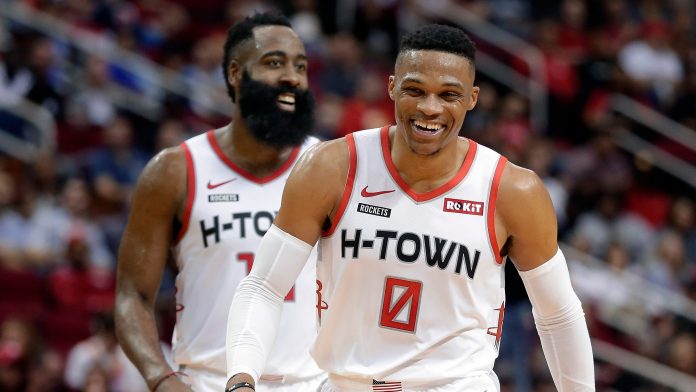 In five years as president of ESPN, John Skipper had countless conversations with NBA officials. About lengthening the playoffs. About adding teams to the playoffs. About re-seeding as early as the second round. A discussion Skipper never had substantially: Radically changing the NBA calendar.

As COVID-19, the coronavirus, spreads across the U.S., the NBA is preparing for the possibility of playing a summer schedule for the first time in league history. There is resounding ownership support for finding a way to finish the season, NBA officials told SI.com, even if that means re-starting the season in late June, even if that pushes the Finals into September. Some estimates have the NBA losing as much as $1 billion in a lost season, an eye popping number team owners desperately want to bring down.

A salvaged NBA season would benefit owners and players, as well as the thousands of in-arena workers, vendors and venues that rely on it. It would also provide the league with valuable data on the viability of a summer schedule.

Earlier this month, Steve Koonin, CEO of the Atlanta Hawks, appearing on a panel at the annual MIT Sloan Sports Analytics Conference, offered a detailed proposal to radically change the NBA schedule. Koonin’s proposal, first reported by ESPN, would see the start of the NBA season move from mid-October to mid-December, with the Finals taking place in August and free agency in September. The shift, Koonin argued, would take the early stage of the NBA season out of competition with the NFL and college football, while pushing its marquee program into the summer, where the sports calendar is significantly lighter.

“You don’t have to reinvent the wheel to enhance ratings,” Koonin said. “Sometimes, moving away from competition is a great way to grow ratings.”

Koonin’s proposal has supporters. Evan Wasch, the NBA’s senior vice president of strategy and analytics, said the league would “have no issue with reconsidering the calendar.” Mavericks owner Mark Cuban, in an email to SI.com, pointed to recent increases in television viewership as a trend that could suggest that “the smart thing to do may be to play longer into the summer.”

Indeed, the biggest impediment to a radical change in the schedule is the willingness of the league’s television partners to get on board with it. “The only reason we haven’t played games after June 12 in the past is because our TV partners [see] HUT’s—homes using television—drop significantly,” Cuban said in a recent interview. “Well the TV landscape has changed dramatically over the last three-four years.” The conventional thinking: the weather gets warmer, fewer people watch television, ratings plummet.

And they do. But some television executives see any ratings drop reflecting the lack of effort often put into summer programming as the timing of it. Broadcast networks pull top rated scripted shows off the air in the spring and bring them back in the fall. Sports offerings are limited to daily baseball and semi regular events like the Olympics or the World Cup. But viewership on cable and premium networks tends to rise, with outlets offering shows like Yellowstone (Paramount Network) and Big Little Lies (HBO), two scripted programs that saw substantial viewership increases last summer.

“You can’t treat the summer like a wasteland,” said Stephen Espinoza, president of Showtime Sports. “Put re-runs on, no one will watch. Do something original and good, it’s like ‘If you build it, they will come.’”

Espinoza has experience with summer programming. Boxing is a tentpole sport at Showtime. For years, boxing programmers avoided putting on major events in the summer, embracing the conventional wisdom. In 2017, Floyd Mayweather signed to face Conor McGregor on August 26. The fight generated 4.3 million pay per view buys, the second highest total in boxing history.

“It was really clear that once we sort of got to August 1, there was nothing going on in the world of sports to talk about but that fight,” Espinoza told SI.com. “So much of what we do is about trying not to handicap ourselves by going up against the NBA, NFL, to get that earned media.” In recent years, summer months have become heavily populated with boxing. Said Espinoza, “We look at those months now as pretty fertile ground.”

A summer schedule could offer data that could lead the NBA to come to a similar conclusion. Evidence of the success of summer basketball is already there: Zion Williamson’s summer debut, last July, earned a 1.2 rating on ESPN, a single game summer league record. Summer league ratings on ESPN jumped 35% (an average of 601,000 viewers) from 2018. In the middle of summer, even teams largely populated by fringe prospects draws an audience.

While at ESPN, Skipper, former Turner Sports president David Levy and NBA commissioner Adam Silver would talk often about making the NBA a year-round league. Skipper sees the evolution of viewing habits, which includes the growing number of people who watch sports on computers and phones, as further evidence that a summer season could be successful. “I think summer basketball can work,” Skipper said in a telephone interview. “In terms of TV viewership, people are going to watch the Finals. I don’t think the fact that it is in the summer is going to change that.”

Espinoza agrees. The weather, says Espinoza, could even work in the NBA’s favor. A dip in viewership in northern markets could be mitigated by increased viewership in states like Florida, Texas and Arizona, regions that can get oppressively hot in summer months. “And, again, there is not a whole lot you are competing with,” said Espinoza. “I don’t see why the NBA wouldn’t do well in the summer.”

Radical changes won’t happen quickly. If the NBA season can be restarted in June, that may force the start of the 2020-21 season to be pushed deeper into the fall. Long term, though, players would have to get on board. Several players told SI.com that they would be open to a summer schedule, provided it resulted in a boost in revenue. “Money talks,” texted one veteran player. The current collective bargaining agreement expires in 2024. The NBA’s rights deals expire in 2025, creating, perhaps, a window for the league to explore a change.

In February, at All-Star weekend, Silver acknowledged that the NBA has a ratings problem. National and local numbers have dropped. Silver attributed some of the problem to the NBA’s young fan base disconnecting from pay television, some to the catastrophic injuries that affected several of the game’s biggest stars. The league has already explored significant changes to juice ratings, from an in-season tournament to a play-in one for the postseason. An overhaul of the schedule could be the next step.

“Let football have its time,” said Koonin. “Let’s have our time, and let’s go after it.”