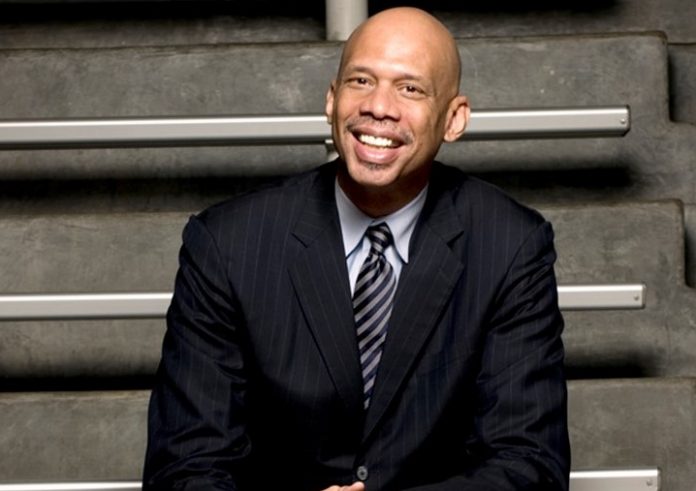 The name Kareem Abdul-Jabbar is synonymous with basketball royalty: A three-time NCAA champion and All-American at UCLA, a six-time NBA champion and six-time NBA MVP, a 19-time All-Star and the NBA’s all-time leader scorer (38,387 points).

Not only has Jabbar excelled on the court, but he has been a tireless advocate for civil rights and social justice for over 50 years. His newest autobiography, “Becoming Kareem: Growing Up On and Off the Court,” examines his top seven mentors and the most important lessons he learned from each.

The Society for the Performing Arts presents Jabbar and an “exciting and poignant” multimedia spectacle based on his bookat Jones Hall on Nov. 16. The Defender had an opportunity to catch up with the American sports icon in advance of his trip to H-Town.

Defender: You’ve always been a very private person. At age 71, why did you feel now was the ideal time to write this book and do a tour?

Abdul-Jabbar:Age gives a special perspective that you don’t have while dramatic things are happening in your life. From the distance of years, you can see the patterns in your own  behavior and get more insight to what the events of your life meant to you. I’m also at a point where I can readily admit mistakes yet still understand why I made them. And I can appreciate more all the people who helped me become who I am today. My hope in writing the book was that I can use that perspective and wisdom to help other young people facing some of the same struggles that I faced.

Defender: What is it you hope people discover about you and your incredible life that they were not already aware of?

Abdul-Jabbar:Most people think everything came easy to me because I was 7-feet-2, as if all I had to do was step out onto a basketball court and I’d have instant fame and fortune. It definitely wasn’t like that. I want to share with people how hard the road was for me – sometimes because of my own choices and sometimes because of outside influences. I want people to get to know me, not just as a basketball player, but as a father, a writer, an activist, a businessman and a philanthropist.

Defender: At what point in your life did you find yourself drawn to social activism. You boycotted the 1968 Olympic and supported Ali not going into the military, etc.

Abdul-Jabbar:Being an activist simply means to take specific actions in support of your beliefs. The first step in activism is to form beliefs about which you are passionate enough to take those actions, knowing that once you do, you are putting yourself at risk. I formed my beliefs about social injustice by personally experiencing prejudice in school and by seeing in the news how widespread racial inequities were.Studying journalism in high school and meeting Dr. King helped inspire me. My activism started at UCLA when I took place in a couple marches. Becoming part of the Cleveland Summit when I was 20 helped me see how committed these other activists were, especially Jim Brown and Muhammad Ali. I’ve continued my activism since then.

Defender: Your impression of Colin Kaepernick and other NFL players protesting on behalf of social injustice.

Abdul-Jabbar:All those men and women who take a knee or sit or refuse to come out during the anthem are honoring the Constitution and the anthem more than those who blindly stand and think they are being patriotic. Patriotism demands we work to fulfill the spirit of the Constitution, not stand idly by while the principles this country represents are being dismantled. We have a president who just said he and Kim Jong-un, a Hitler-esque despot who murders his opponents and subjugates his people, “fell in love.” Our president embracing totalitarianism ain’t patriotism. If that doesn’t make you want to take a knee, what does?

Defender:What is it you hope your audience takes away from your appearance here in Houston?

Abdul-Jabbar:Mostly, I want people to just have a good time. My life has had some hardships, but I’ve also had a lot of fun…I traveled the world many times, changed religions, raised a family, and appeared in dozens of movies and TV shows. And, oh yeah, I won a whole lot of basketball games. The audience and I will have a lot to talk about.