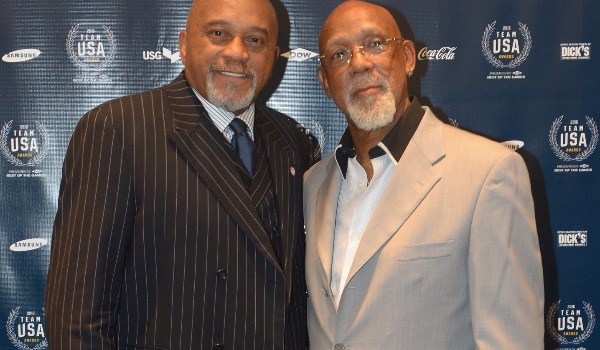 For raising Black Power fists at the 1968 Olympic games in Mexico City and having a willingness to stand up to racial inequality, sprinters Tommie Smith and John Carlos will be inducted into the U.S. Olympic and Paralympic Hall of Fame.

The moment was captured in an iconic photo, which some might call a perpetual symbol of rebellion that shows the fortitude required to call out wrongdoing no matter the consequence.

The Olympic Committee removed Smith and Carlos from those games after they raised their fists on the medals podium. Additionally, both men were banned from the Mexico City Olympics compound and ostracized by the committee when they returned to the States to face their detractors.

Smith and Carlos were also excluded from Olympics-associated events since 1968, but all that had changed by 2016 when they visited the White House with the U.S. team after the games in Rio. Plus, their alma mater San Jose State put up a statue of the iconic photo in 2005.

Both of the American heroes will be inducted into the Hall of Fame in Colorado Springs, Colorado, on Nov. 1 for their “Character, conduct and off-field contributions,” and Carlos said it shows the Olympic Committee has admitted wrongdoing.

“It sends the message that maybe we had to go back in time and make some conscious decisions about whether we were right or wrong,” he told USA Today. “They’ve come to the conclusion that, ‘Hey man, we were wrong. We were off-base in terms of humanity relative to the human rights era.’”

When the two men raised their fist during the medal ceremony, Smith had won the gold in the 200 meters and also broke the record, while Carlos secured the bronze.