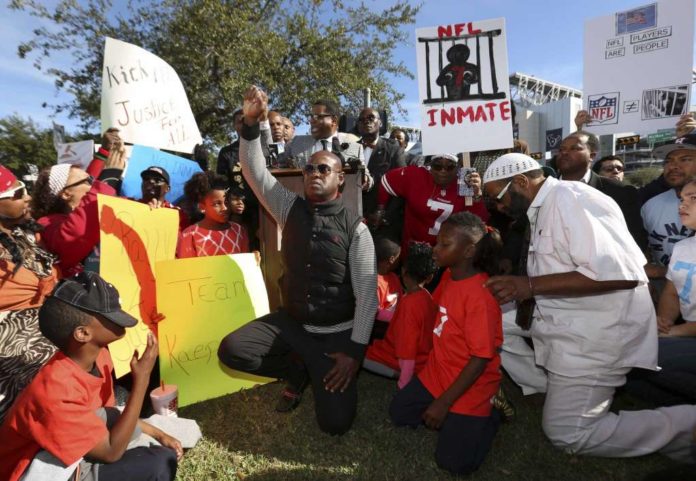 Their signs painted a picture of the problem protesters have with the owner of their hometown team.

A year after Colin Kaepernick first took a knee during the National Anthem and weeks after dozens of players followed suit, Texans owner Bob McNair said the following about sideline protests:

“You can’t have inmates running the prison.”

As the Texans beat the Cardinals, there were dozens of people rallied against racism, bigotry and police brutality. The core of why Kaeperneck says he took a knee.

“When it comes to you targeting our children in this wicked criminal justice system in Harris County and the State of Texas, today we come to say enough,” said Deric Muhammad, a protestor.

The Houston Texans issued another statement about the matter Sunday evening.

“We made it abundantly clear that Bob McNair was referring to the league office and its employees, not the players, when the statement in question was made. McNair’s many contributions to the community have been well documented. The Texans will continue to support our players commitment to the city.”