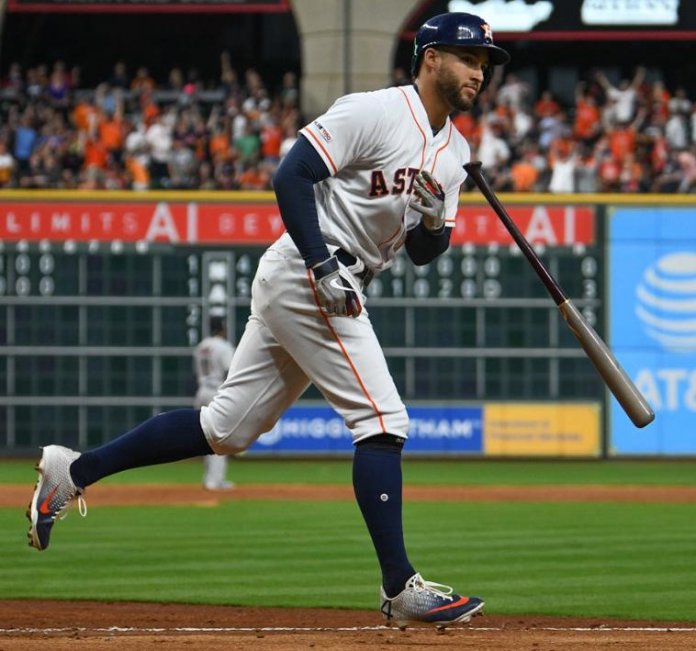 In 2014, Springer became SAY’s national spokesperson and since then he has inspired millions of people who stutter. SAY is the Stuttering Association for the Young, a 501(c)(3) non-profit organization that believes every voice matter. SAY offers comprehensive and innovative programs that address the physical, social and emotional impacts of stuttering.  They also sponsor Camp SAY, a summer camp for young people who stutter.

“I can’t spread a message to kids and adults if I’m not willing to put myself out there,” George acknowledged.

Last year alone, Springer and SAY provided more than $1 million in financial aid and underwritten tuition support, so all children have access to its life-changing programs, including Camp SAY, a 2-week, ACA-accredited summer camp for kids and teens who stutter, ages 8-18. Camp SAY blends a traditional summer camp experience, with programs and activities that empower young people who stutter. The camp also helps campers build confidence, communication skills, and friendships to last a lifetime.

Because of his personal story, it’s easy to see why Springer would be an advocate for Camp SAY. As a youngster growing up near Hartford, Connecticut, George’s stuttering caused him to withdraw from social interaction.

“It’s extremely isolating, debilitating,” George recalled. “It’s the worst feeling you could have, to know that whatever it is you have to say you can’t say it. I didn’t speak in class. I didn’t want to participate.”

“You began to see as the stuttering became more pronounced, he began to withdraw, afraid to speak out and speak up,” his dad George Springer Jr. recalled.

The Springer’s sought professional help to manage George’s stuttering. George’s growing success in baseball, a four-year starter in high school and an All-American at UConn gave him the personal confidence to confront his stuttering head on.

George will host his 5th Annual George Springer All-Star Bowling Benefit, Thursday, June 27, from 7 to 10 p.m. at Bowlmor Houston, located at 925 Bunker Hill Rd. The bowling benefit is a fundraiser to send kids to Camp SAY.