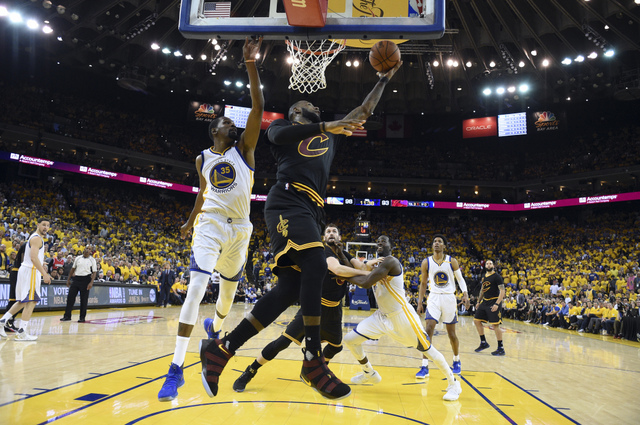 LeBron James is right when he says he didn’t start the “superteam” trend that’s in the NBA right now. That term goes way back beyond James’ years. Now, while James did join perhaps the most hyped NBA assembly of all time when he famously took his talents to South Beach to join forces with Chris Bosh and Dwyane Wade, NBA superteams had already been around for years. In fact, history on the hardwood paints a clear picture: if you want to win an NBA championship then your roster better be loaded.

From Magic’s Lakers to Bill Russell and Bird’s Boston teams, if you’re going to move the needle in the NBA then you’re absolutely going to need some star power. The dominant Lakers of the 1980s had five Hall of Famers in their early stages. The Chicago Bulls of the ‘90s played with three Hall of Famers backed by a Hall of Fame coach and as we just saw four all-stars pilot the Golden State Warriors to another title. James didn’t start the Superteams inside the NBA and he might as well get used to the grind because the Warriors won’t be the last.

Sure, the NBA landscape has changed over the years. NBA general managers aren’t drafting blue chip after blue chip but they are finding exotic ways to collect an abundance of talent all on one roster whether through free agency or creative trades. Critics roasted Kevin Durant all season for his move from Oklahoma City to Golden State but clearly that’s what it took to take down the superhuman James. The same team that coughed up a 3-1 lead in last year’s Finals in an embarrassing fashion looked more than dominant this time around with Durant in tow. Unfortunately for fans, the Finals wasn’t all that competitive, but ask the Warriors if they care. It’s all about championships and they just breezed to one.

The Warriors will no doubt be locked and loaded again next season so what’s a league full of ordinary teams to do except for load up on talent and take a swing at the champs? The Warriors host four all-stars, two of which were MVPs just a few seasons ago. Simple mathematics suggests that they likely will be appearing in the Finals again.