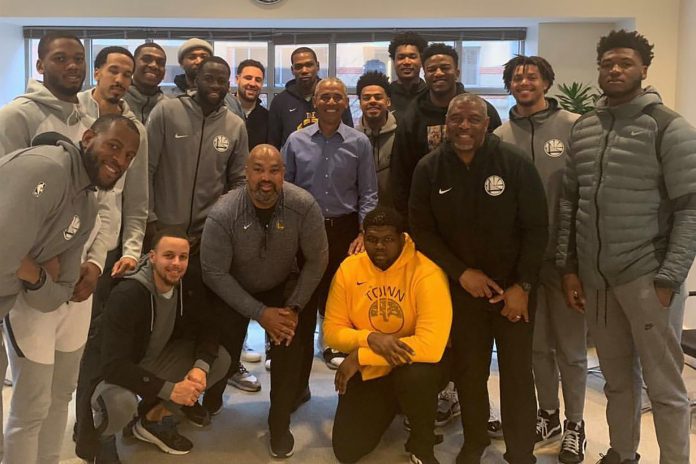 The defending NBA champion Golden State Warriors finally got their presidential visit in Washington on Thursday ― with a previous occupant of the White House.

Most of the team met privately with former President Barack Obama, outlets reported. A photo of the get-together emerged on social media as well. The San Jose Mercury News noted that the picture was posted by a team official, but later deleted.

The meeting lasted about an hour, the San Jose Mercury News reported, citing a source.

“It was good,” Warriors forward Draymond Green told the newspaper in a typical tight-lipped response after the Warriors defeated the host Washington Wizards. Head coach Steve Kerr declined to comment.

The Warriors made the traditional White House visit as champs in February 2016, when Obama was in office, but have not been there since President Donald Trump took over.

In 2018 Trump preemptively disinvited the winner of the NBA Finals between the Cleveland Cavaliers and eventual champion Warriors, but players weren’t going anyway because of Trump’s politics.

In 2017, Trump pulled a similar move on the Warriors, tweeting: “Going to the White House is considered a great honor for a championship team. Stephen Curry is hesitating, therefore invitation is withdrawn!”