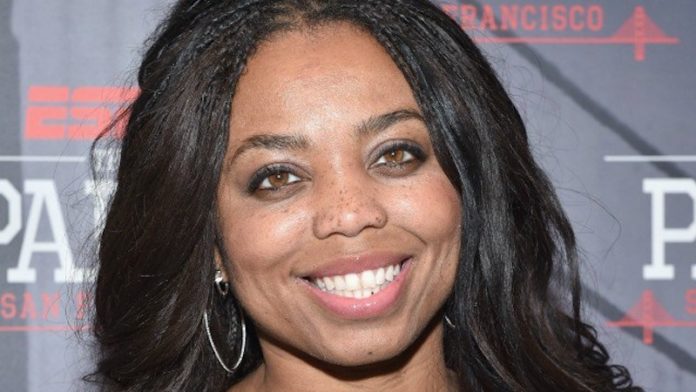 She briefly addressed her absence at the start of her 6 p.m. “SportsCenter” show.

“I love you,” Hill told co-host Michael Smith. “You’re my brother. Thank you for holding this down while I was gone.”

Earlier on Monday, she tweeted thanks to her fans for their support.

ESPN announced Hill’s two-week suspension on Oct. 9 after she spoke out against Dallas Cowboys owner Jerry Jones, who threatened to bench players who protest police brutality by not standing during the national anthem.

“Jerry Jones also has created a problem for his players, specifically the black ones. If they don’t kneel, some will see them as sellouts,” Hill tweeted the day prior.

She also suggested that fans who disagreed with Jones’ stance stop buying Cowboys merchandise and boycott companies who buy advertising space from the team.

Those posts constituted a “second violation” of ESPN’s social media policy, the network said in a statement announcing her suspension.