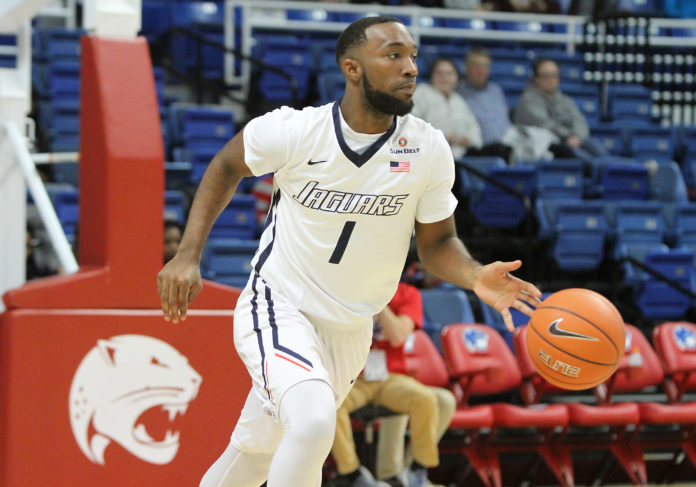 “I can someday play in the NBA” is the dream of every youngster who has ever shot at a backboard nailed to a garage or tree or shot in a public park on rusted backboards, nets optional. For a pair of former Houston high school standouts that dream is on the verge of becoming reality and they’re doing everything they can to make it happen.

The 2017 NBA draft will be held on June 22. John Gillon and Ken Williams are pursuing the dream of countless young men by trying to impress one of 30 NBA teams in hopes they will get a shot. Both are friends who go back to kindergarten. They’ve come to this point via different routes, but they’ve arrived at this moment at the same time.

Gillon (6-feet, 180 pounds) has seen multiple stops on his journey. A two time first team All-District selection while at Strake Jesuit, Gillon began his college career at the University of Arkansas, Little Rock (2012-13). He played in 27 games, including 12 as a starter at point guard, averaging 10.6 points, second best on the squad. His collegiate debut featured a 22-point performance coming off the bench against Tennessee Martin.

“I played at Arkansas Little Rock, but after a year didn’t feel like it was the best fit for me. I wanted a little bit more competition and exposure,” Gillon recalled. “I ended up transferring to Colorado State. I think I had a solid career there. I was the conference Sixth Man of the Year (Mountain West) my first season (2014-15). My second year at State was solid. I averaged about 14 points and four assists as a starter.”

Gillon earned his undergrad degree in economics from Colorado State. With degree in hand and a year of basketball eligibility remaining, he was a college basketball free agent.

“I was getting offers from lots of big-time programs from all over the country, but when my Dad told me he had received a call from Coach Jim Boeheim [Syracuse] I was pumped. We took a visit and I committed on the spot.”

Gillon averaged 10.5 points per game in a season at Syracuse, shooting 42 percent from 3 and leading the team in assists with 5 per game. He also hit a 3-point buzzer beater in front of a packed house, home crowd to defeat Duke.

“The NBA is the goal now,” Gillon said. “It’s been my dream, now is the time to make the most of the opportunity.”

Ken Williams has seen a roller coaster college career but stayed the course. The son of former University of Houston sharpshooter Ken “Juice” Williams, the second generation “Juice” was a standout performer at Episcopal High. As a four-year letterman, he led Houston in scoring his sophomore and junior seasons.

He was named Large Private School Player of the Year after his senior campaign and led Episcopal to the Southwest Preparatory Conference Division I title, beating two-time reigning champion and rival St. John’s in the finals.

Williams (­6-feet-3, 198 pounds) took his talent to the University of South Alabama (Mobile). He hit the ground running at USA, starting all 31 games as a freshman. He was fourth on the squad in scoring (9.1 ppg.). As a sophomore he started 27 of 33 games. He ranked eighth in the Sun Belt in scoring average (15.7 ppg.) and 3-point percentage (.370), second in 3-pointers (2.6 pg.) and ninth in free-throw percentage (.791). His efforts earned him second Team All-Sun Belt Conference honors.

Williams’ career continued to blossom. As a junior he once again started all 31 games and led the Jaguars in scoring (15.5 ppg.). Once again he was an All-Conference performer. He became 15th member of the school’s 1,000-point club. Unfortunately Williams suffered a broken foot at the end of his junior campaign.

As a senior he averaged a team best 14 ppg. and 3 assists. He set the school career 3-point record (251) and set the school’s career record for games played with 126.

“My final year at South Alabama was a bit of a disappointment (14-18, 7-11 conference),” Williams said. “Overall it was a four years. I had an opportunity to grow up physically and mentally. I obtained my degree (interdisciplinary studies). That was very important.”

Like Gillon, Williams is excited about the chance to play in the NBA.

“It’s been my childhood dream,” he said. “I grew up with basketball…I’m working out with Anthony Davis’s trainers in New Orleans trying to be prepared for whatever comes up, the draft, team workouts, summer league, whatever. I’m pulling for [Gillon], De’Aaron Fox and every guy with Houston ties to get a shot and make the most of it.”