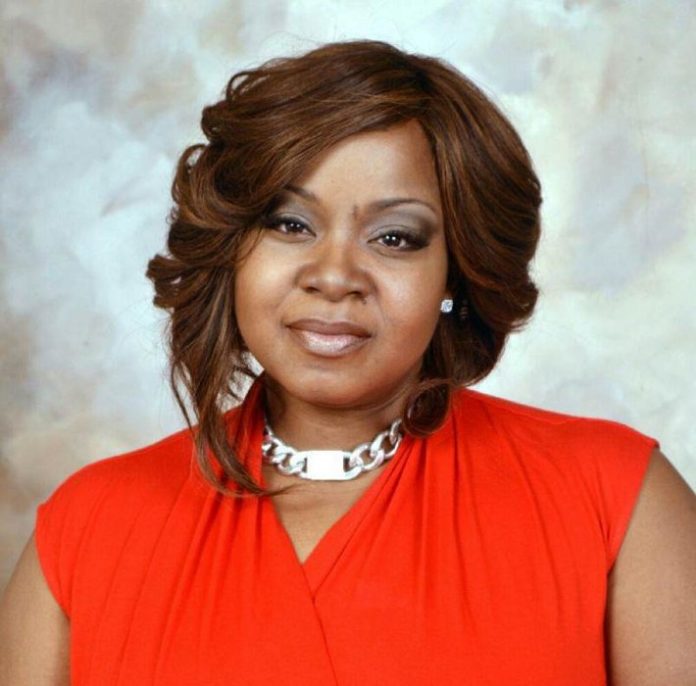 As always, we black women are breaking barriers, and this time, we’re zooming into an industry that we, as a collective, don’t pay much attention to.

Melissa Harville-Lebron has made history as the first black American woman to own a NASCAR team. You read that right – NASCAR. I’m no fan of auto racing, and in the beginning of Harville-Lebron’s journey into ownership, neither was she.

According to Black Enterprise, the single mother of seven (she has three biological children and takes care of her siblings’ four children) took her sons to a NASCAR event at Charlotte Super Speedway in Concord, North Carolina.

“I got invited to a NASCAR experience and I brought my boys along thinking that it would discourage them from driving,” she told Black Enterprise. But “it did not work that way.”

Her plan was to have them see how dangerous driving was, but lo and behold, when the boys caught the love bug for the sport, she decided that instead of deterring them from what could be a future career, she would invest money into developing her own team. Right on, Sis!

But as she dug into the history of NASCAR, she realized that there were very few drivers of color, and she definitely didn’t know whether any owners were black (retired basketball player Brad Daugherty is one). This lack of representation in driving and ownership fueled her new fire for becoming the first black woman owner.

So, the New York City native, created E2 Northeast Motorsports under her already-established entertainment company, W.M. Stone Enterprises, Inc., and E2 became the first multicultural team to race competitively in NASCAR, with four black and Latino drivers — her sons, Eric and Enico, being among them.

And on Feb. 16, E2 celebrated another milestone when the team competed in its first official race in the Camping World Truck Series (NCWTS) at Daytona with Scott Stenzel, a star of the sport, joining the team.

Harville-Lebron said, “This team truly exemplifies diversity, that is sure to attract a younger multicultural fan base. It’s an honor to announce that Stenzel is now a part of this racing family.”

As for what’s next for the trailblazer, Harville-Lebron told The Huffington Post that she has so many other goals to reach with her team.

“To create a billion dollar team! Becoming the most influential woman in Motorsports. Open opportunities to other women, lectures of empowerment, give testimonials, pay my blessings forward at every opportunity and write a book,” she said. “I want to use this platform I have to  re-establish the brilliance of our culture as a woman. I have a personal goal that is small but it will symbolize to me, my success. Create an asthma awareness that focuses on the triggers. I don’t know what the future holds but I am ready for it, Let’s see!”