Major League Baseball will host a series of activities during the upcoming Baseball Winter Meetings that officials say are designed to build on the cultural growth of the diversity and inclusion throughout the game.

MLB has, for years, taken its share of criticism for the lack of diversity on the field on the league and team front offices. But in recent years, MLB has taken steps to appear to be more inclusive when it comes to racial and gender practices. The initiatives that will be presented during the winter meetings from Dec. 6-11 at the Manchester Grand Hyatt in San Diego are aimed at improving the MLB’s track record.

The programming includes: an initiative to elevate women into the pipeline of on-field operations roles, a competitive leadership program designed to foster the development of existing women baseball employees, and the annual business supplier summit that has fast-tracked spending between MLB & MLB Clubs with diverse-owned businesses.

“We are excited to once again present our Diversity & Inclusion as a key component of the Winter Meetings,” said Corey Smith, who is MLB’s senior director of diversity & inclusion. “We debuted our Supplier Diversity Program in 1998, and since then, we have fostered and nurtured a pipeline of diverse talent and businesses that has proven to be successful for Major League Baseball, our Clubs and our affiliates. We continue to proudly operate the longest-running Supplier Diversity Program in all major sports, and we look forward to continue connecting businesses with underrepresented groups across the United States and beyond. “

Here is a sampling of the initiatives that will take place during the winter meetings:

During this year’s annual Winter Meetings, MLB will debut its brand-new ‘Workforce Diversity Best Practices’ program, which will see Human Resource representatives from all 30 Clubs participate in sessions geared towards diversity in the workplace.

For the third consecutive year, MLB’s Diversity & Inclusion department will host the UNFILTERED SERIES, which will provide general Winter Meetings attendees with opportunities to learn from diverse representation within Baseball. MLB Network’s Fran Charles will lead the ‘Diversity at the Top’ conversation, which will feature diverse and high-ranking Baseball executives, including Raquel Ferreira (Boston Red Sox), Billy Owens (Oakland A’s), Jean Afterman (New York Yankees), and Shiraz Rehman (Texas Rangers). ESPN’s Eduardo Perez will lead the ‘GM Chronicles with Farhan Zaidi (San Francisco Giants)’ as he shares his journey and insights from his career in baseball.

For the second consecutive year, MLB will host Take The Field, a Winter Meetings program specifically designed to provide women who are interested in careers in coaching, scouting and player development the opportunity for engagement with Club personnel through panels, breakout sessions, and networking opportunities. The event, intended for those who have an existing intimate knowledge of baseball, will be led by coaches, scouts, and front office personnel who will facilitate sessions, provide insight, and be accessible for questions and conversations with participants. 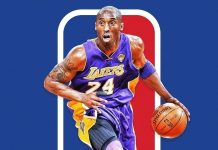 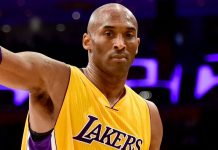 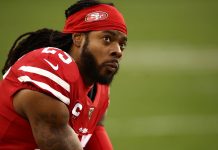 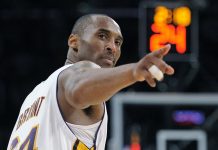