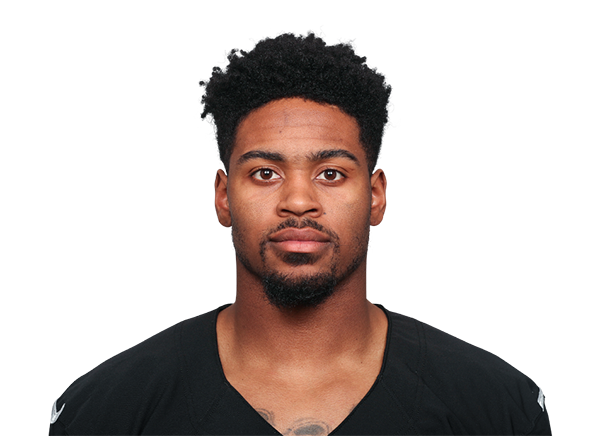 A couple of weeks ago, Texans cornerback Gareon Conley probably didn’t know how to feel after being unceremoniously traded from the Oakland Raiders – the team that had made him a first-round pick in 2017.

But two games into his tenure with the Texans, Conley’s new surroundings and circumstance are growing on him.

“I feel like it’s just a new vibe, new mentality,” he said. “Coming around new guys, just learning the system and contributing to a good defensive team.”

While he was stunned at being traded in the middle of the season, he understands it’s just part of the business.

“It just prepares you, mentally. I feel like it makes you mentally stronger,” Conley said. “You can go in one way, complaining or go in a positive way. I feel like I’ve just got to take it more positive and just do whatever I can to learn the playbook and get a win.”

The Texans were in desperate need when they traded a third-round pick to acquire Conley from the Raiders two weeks ago – days before they were to play the Raiders at home. The Texans secondary was riddled with injuries to both starting cornerbacks Bradley Roby and Jonathan Joseph and safety Tashaun Gipson Sr. when they pulled the trigger on the trade.

Conley has been everything they have needed. In his first two games, he has recorded 12 tackles and four passes defensed playing primarily in Roby’s spot. He perhaps made the play of the game during the 26-3 win over the Jaguars in London when he broke up a potential scoring pass on a fourth and ten play in the second half.

Conley finished with a team-high eight tackles and two passes defensed in the win over the Jaguars.

“I think anytime you come in in the middle of the year and into a new team, new environment, you’re moving, there’s a lot of different things that go on. It’s not easy to be traded,” said Texans coach Bill O’Brien. “He’s come in here, he’s a good guy, he’s a quiet guy, he works hard, he’s a good learner and he’s a good football player.”

Conley, who was a bit up and down during his three seasons with the Raiders, said he has put the trade behind him and is focused on helping the Texans improve any way he can.

He recently played opposite Joseph, who returned to the lineup after struggling with hamstring and neck issues. He will back up Roby, who Conley played with at Ohio State and the two are close friends, and Joseph and possibly play some nickel back once the secondary is healthy.

“As a corner, you’ve got to be confident in this league,” said Conley, who has 22 passes defensed in his three seasons.

So far defensive coordinator Romeo Crennel has seemed as impressed with his new cornerback as he can get.

“He seems like a very nice kid,” Crennel said. “He’s got a good football background. He played at Ohio State and did a good job there. He’s been in the league. This is his third year, I believe. Of what I’ve seen so far, he looks like he feels comfortable being outside covering the receivers that he has had to.”