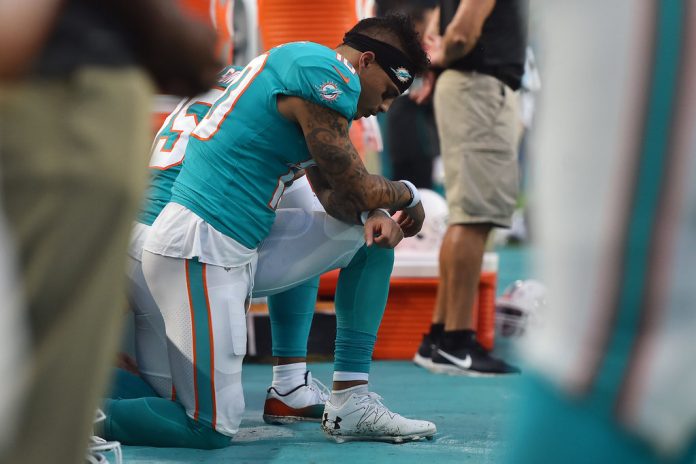 In discussing his company’s recent partnership with the NFL, Jay-Z was asked about Colin Kaepernick and said, among other things, “I think we’ve moved past kneeling. I think it’s time for action.”

Those words have drawn mixed reaction from those who play the game.

Three NFL players have continued to kneel during the national anthem to bring attention to issues of racial injustice and police brutality, and two of them have made it clear that they have a problem with Jay-Z’s comments.

“Some of the ways that [Jay-Z] answered his questions, talking about, ‘We’re moving past kneeling,’ like he ever protested. He’s not an NFL player. He’s never been on a knee. Choosing to speak for the people like he had spoken to the people,” said Stills, a wide receiver for the Miami Dolphins who has been protesting before games with teammate Albert Wilson.

Stills added, “To be able to speak on it, and say that we’re moving past something — it didn’t seem very informed.”

Jay-Z, whose real name is Shawn Carter, recently announced that his company, Roc Nation, would be partnering with the league to help produce the Super Bowl halftime show and other NFL-related musical events.

Roc Nation is also expected to have input in the direction of Inspire Change, an NFL initiative that grew out of discussions with players about their desires to help communities and to advance criminal justice reform. Those discussions were sparked by the headlines stemming from player protests originally begun by former 49ers quarterback Colin Kaepernick, who has been unable to latch on with a team since becoming a free agent in March 2017 but who has continued his social activism.

Kaepernick sued the NFL over what he alleged was collusion by team owners to keep him out of the league, and the two sides settled for an undisclosed amount in February.

Jay-Z has publicly supported Kaepernick in the past, but said, “Everyone’s saying, ‘How are you going forward if Kaep doesn’t have a job?’ This was not about him having a job. … I believe real change is had through real conversation and real work.”

“I felt like he really discredited Colin and myself, and the work that’s being done in our communities. I think he could have handled the whole situation differently. If he were to say, ‘I see the work Colin and these guys have been doing, and I want to partner up with the league to further that work,’ it would have been totally different than the way he answered some of these questions,” Stills said.

Offering stronger criticism of Jay-Z was Carolina Panthers safety Eric Reid, a close friend and former teammate of Kaepernick who was among the first to join the latter in kneeling during the anthem.

Citing reports that Jay-Z’s partnership with the league would lead to him having a “significant ownership interest” in an NFL team, Reid said it was “kind of despicable.”

“When has Jay-Z ever taken a knee, to come out and tell us we’re past kneeling?” Reid said.

“To sit across from billionaires, and talk about issues and why they should be important, and why the NFL should be highlighting them, I think having somebody like Jay-Z, who can add to that conversation, who does these things on a daily basis and has a history of doing those things, helps us as players to have an ally like that. So I’m looking forward to seeing what that turns into.” 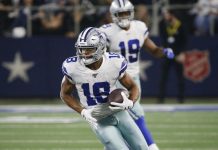